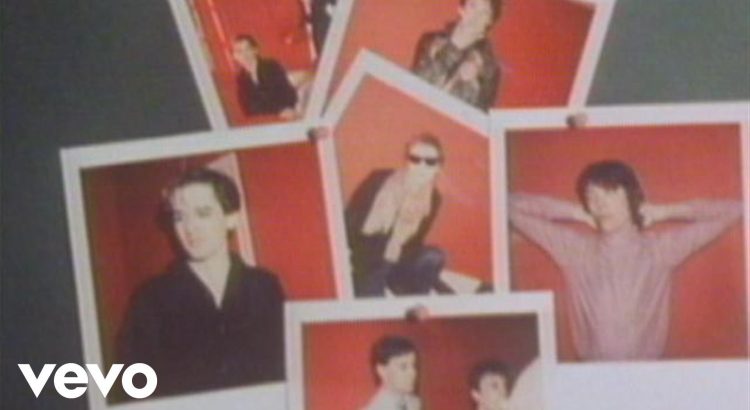 She turns herself round and she smiles and she says, “This is it, that’s the end of the joke.” What’s THAT supposed to mean?

Some songs are ambiguous. Some songs go a step farther. They can present contrasting ideas, not in conflict with each other but both equally valid.

That’s the case with this pugnacious yet delicate Psychedelic Furs classic. It’s rough but pretty. Caustic but compassionate. Snide but sympathetic.

Peruse the usual sites dissecting lyrics, and you’ll get a few fanciful interpretations. Maybe Caroline is transgender. Maybe it’s about a woman who died in a car accident, and all her past lovers wore pink in tribute.

That’s overthinking it and failing to see how brilliantly this song tells a simpler story. Caroline sleeps around. Period. Singer/lyricist Richard Butler, typically conveying his thoughts in a world-weary voice that’s simultaneously pleasing and abrasive, sees the good and bad in her situation, presenting a complex portrait of a simple situation.

Such nuances apparently did not make it to the John Hughes film that took its name from the song, as Butler explains in an interview that clearly states what was on his mind:

The idea of the song was, ‘Pretty In Pink’ as a metaphor for being naked. The song, to me, was actually about a girl who sleeps around a lot and thinks that she’s wanted and in demand and clever and beautiful, but people are talking about her behind her back. That was the idea of the song. And John Hughes, bless his late heart, took it completely literally and completely overrode the metaphor altogether! I still like the song.

That interview also shows a few reasons why, intentionally or accidentally, Butler and the Furs crafted a song that captures Caroline’s duality.

Let’s start by dismissing the idea that this is simply a laundry list of slut-shaming insults. Here’s Butler on the criticism that this album, Talk Talk Talk, was sexist:

That was a little surprising. I didn’t find there were any attitudes on there written as a male that couldn’t also be felt as a female. If I were to posit the idea that I didn’t want to have a romance with somebody, I just wanted to sleep with them, I was accused of sexism? I think that’s a fairly commonplace way of thinking for males and females. Not every time a girl has sex does she want to get married and have babies with the person – you know? It seemed a curiously old-fashioned way of looking at it all, and in a way, reverse sexism.

And Butler sees a bit of sadness in Caroline’s life choices. The second verse is all about the guys who pass through her life so quickly:

All of her lovers all
Talk of her notes and the
Flowers that they never sent
And wasn’t she easy, and
Isn’t she pretty in pink?

There’s also a hint that Caroline has been sucked into a conformist world, simply going along with what she thinks a woman is supposed to be. “Caroline laughs, and it’s raining all day / She loves to be one of the girls.”

But the third verse puts Caroline in control. One interpretation at SongMeanings even suggests that Caroline finally decides to say goodbye to this lifestyle.

Beyond the lyrics on the printed page, the song is riddled with duality — which the re-recorded version for the John Hughes film destroys. Here’s Tim Butler, Richard’s brother and the Furs’ bass player, from the same interview linked above: “It was a popular song before the movie, and I think it is a classic song. We re-recorded it for the film because they said there was some slightly out of tune guitar work on the original. I could never figure it out, but that was the reasoning.”

I also don’t hear anything out of tune. But the original has two clashing guitar lines. In the background, we hear jangly chords, as if Michael Stipe is about to lay down one of his more upbeat portraits of Southern life circa 1983. The lead guitar is distorted. Rougher. There’s something pretty about Caroline, but there’s also something raw and primal.

And Richard Butler had a seat-of-the-pants approach to writing lyrics, as the brothers explain:

RB: Yeah, I’ve always been a really bad procrastinator in everything, and pressure of that kind works to my benefit.

TB: Richard always used to be writing stuff down on pieces of paper – whether he was in a bar or a dressing room or sitting at home. He’d suddenly pick up a piece of paper and write something down. He’d have notebooks with bits of napkins in it, etc. Sometimes he’d just be hit by a lyric.

So parts of Pretty In Pink feel unfinished. In the second verse, Butler stretches out the word “eaaaaaaaasy” over 10 beats, then simply restates “Isn’t she pretty in pink?” We don’t know if Butler simply decided that was the best approach — emphasizing the point that Caroline isn’t particularly picky — or just ran out of words. In the context of the recording, that second verse gives the impression that Butler is actually struggling to come up with the right words.

The most memorable line of the song — “She lives in the place in the side of our lives / Where nothing is ever put straight” — says more about Caroline’s lovers than it does about Caroline. Her lovers treat her the same way they treat old memorabilia tucked in a drawer — perhaps one day earning a prominent place in the household, perhaps not.

Caroline’s lovers may treat her as a joke. Butler doesn’t. He sees that she’s letting herself be a disposable part of these men’s lives. Some interpretations suggest she has a bit of delusion that this is more meaningful, saying “I love you” and “too much.” But Butler sees beauty here as well.

Caroline’s going to be all right. At least this all happened before Craigslist and Tinder.