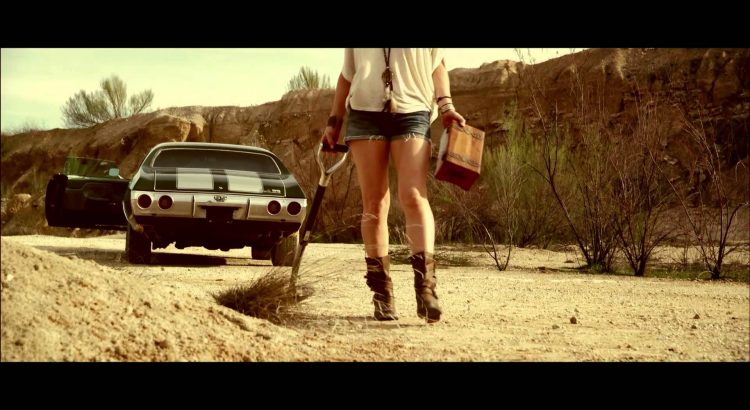 The music industry is cruel to … well, pretty much everyone. But it’s especially awful to women who make music-industry men drool.

Consider the hand-wrenching over Liz Phair on the 25th anniversary of Exile to Guyville. It’s a landmark album, we’re told, for various reasons of feminism, yada yada yada. It may very well be a landmark album, but if you read the music press of the day (on this stuff called “paper”), you remember the reaction of the mostly male critics. It was something along the lines of “Derrrrrrr … hot blonde girl said ‘blow job queen’ in that song.”

And when Liz Phair made her eponymous album with actual hit songs (Why Can’t I? and the soaring Extraordinary), what was the reaction then? “Bad, bad Liz. We only want to hear you sing about what you’re going to do to us in the bedroom. How dare you sacrifice your indie cred?!”

Liz, at least, kept making records. She snarled back at the music industry with the brilliantly caustic And He Slayed Her (not that subtle — say the name of Capitol exec Andy Slater out loud). And when I saw her playing at Aimee Mann’s Christmas show a couple of years ago, she was clearly having a blast.

Poe, on the other hand, went into record company limbo and never really emerged. Her discography remains stuck at two albums.

The first, Hello, had a few off-kilter pop-rock songs that got radio airplay — Trigger Happy Jack (Drive By a Go-Go), Angry Johnny and the titletrack. Yes, you remember the classic line: “Can’t talk to a psycho like a normal human being.”

But even on the titletrack, we get signs that the record company didn’t know what to do with her. Go to Spotify or other sources and dial up Hello, and you get a boring dance mix with a lazy drum machine and synths so atmospheric they just fade into the air. The version we got on MTV at that time, on the other hand, was a ferocious rock song.

That’s a real rock song. Even the cellist looks like she’s about to jump into a mosh pit.

Note the directing credit on that video — one Mark Danielewski, a novelist who happens to be Poe’s brother. And Poe’s second album, Haunted, was a full-fledged collaboration, intended as a companion piece to Danielewski’s book House of Leaves, which is a horror story … no, wait, a love story … no, wait, it’s a postmodernist satire of literary criticism! You’ll have to read the Wikipedia entry on that because most of the reviews they link have disappeared. Coincidence?

I have not read the book, which seems beyond my academic abilities. You really don’t need to read it to appreciate Poe’s songs. Just know that it’s out there.

And Haunted certainly has a bit of creepiness. The album opens with Exploration B, a bit of samples and scratchy vocals in the background, before proceeding into the title track. Throughout the album, even on playful tracks like Not a Virgin, we hear a few voices in the background, sounding like ghosts of little girls taunting soon-to-be victims in a horror film. Check out Control, the song after the title track, in which Poe asserts her agency with authority for about four and a half minutes and then devotes the last 90 seconds or so to unnerving sounds and samples.

Then there’s the elephant ghost in the room — Poe’s father, a film director for whom Haunted is something of a tribute. He passed away several years earlier, but he “appears” on this album in voice samples she found on cassettes in his belongings.

It’s fair to say Poe’s relationship with her parents is complicated. They divorced while she was in high school, and she moved to New York on her own, somehow finished up high school in Utah and then won a full scholarship to Princeton. The NY Daily News piece on the saga sums it up:

Her father’s monologues, as presented on the LP, paint him as a coldly detached intellectual. “He was such a wounded, paranoid individual,” Poe explains. “It prevented him from connecting in a fatherly way. And his visions were so dark and so unconnected to who I was as a person that he just lived in his own narcissistic bubble.

While the album sometimes has the uneasy quality of score-settling, Poe is hardly without sympathy. She knew that in order to quiet her father’s critical voice in her own head, she had to make peace with it. “I had to sift through the negative memories of him and the arguments that were never resolved in order to find the positive things I seldom was able to hear when he was alive. And there are those positive messages and sources of love in there.

So we have a lot of context in play here. This is the title track and first full-fledged song (after the brief Exploration B) of an album that syncs up with a horror/love story and comes to terms with a distant, departed father.

A couple of songs later, we get Walk the Walk, which starts with a funky nylon-string acoustic guitar riff and a street-tough recitation of some startling lyrics (performed at one time at the Rock and Roll Hall of Fame):

My mother spent ten years sitting by a window
Scared if she spoke, she would die of a heart attack
She listened as her dreams silently screamed
They drowned like little dolphins caught in a fishnet

Second verse is in parallel:

My Daddy spent ten years living on the outside, looking in
He thought that he would never get back, hey, get back
Watched his dream walk across a silver screen
And he was standing there when the theater went pitch black

Sounds dark. But it’s not. It’s a powerful assertion of self. She’s making peace with her father as she breaks through the oppression she feels from his cold parenting. The key line in this song: Dear world, I’m pleased to meet you.

The old Poe and her tarnished memories are dead. Long live the new Poe.

The title track shows us how difficult that was. While Walk the Walk, Not a Virgin and even the mildly sinister Hey Pretty qualify as fun listens for almost any mood, Haunted is more of a gut punch. Someone at Genius points out that the meaningless-sounding “ba da ba ba” in the intro is actually a reference to a frightening scene in House of Leaves. (There’s also a more direct reference — the name of the novel is in these lyrics.)

In the first verse, Poe is lost and seeking her bearings. The chorus varies a bit with each repetition, but the first statement is this:

The second verse is more hopeful:

Please, I know it’s hard to believe
To see a perfect forest
Through so many splintered trees

After an extended chorus that hints at regret with how she’s living her own life, we get regret over her departed father: I’ll always love you and I will always miss you.

Hopefully, you’re listening to the song and appreciating the power when she sings that over a powerful crescendo. And then, the knockout of the third verse …

Come here
No, I won’t say please
One more look at the ghost
Before I’m gonna make it leave
Come here
I’ve got the pieces here
Time to gather up the splinters
Build a casket for my tears

So on the whole, this song and this album are positive. It’s a much-needed purge of a lot of baggage. But it’s no phony-baloney bit of easy forgiveness you’ll find in the hands of a much more superficial songwriter. She had to deal with some serious shit. I realize it’s ironic that I’m recommending this song so highly when I’m the one who won’t watch This Is Us because it just seems so maudlin, but maybe I’d just rather deal with my demons through some power chords and melodic hooks instead of Mandy Moore crying or dying or divorcing or whatever happens to her in that show.

And, brilliantly, this album is all set to a wonderful mosaic of genres — some trip-hop, some alt-rock, maybe even some Broadway (some smart playwright is going to put Not a Virgin to good use in a musical one day).

Then after this artistic masterpiece in which Poe asserted control over her personal demons and showed her musical prowess, she entered the aforementioned record company limbo.

So life still sucks on some levels. But at least we have this work to enjoy, and we can only hope whatever Poe’s doing now, she’s still inspired by the same power that inspired her here.