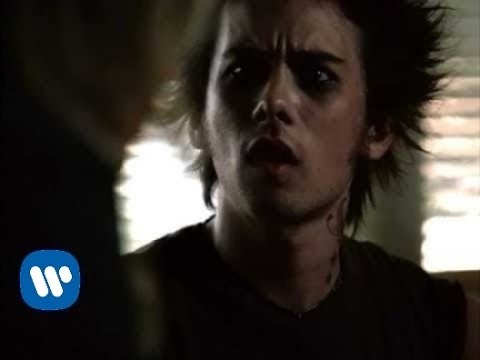 And there’s nothing wrong with me, this how I’m supposed to be, in a land of make-believe that don’t believe in me. What’s THAT supposed to mean?

Not all concept albums are created equal.

Some classic songs are dependent on the context of the concept for any deeper meaning. Without the context of Tommy finding his place in the world, Pinball Wizard is just a song about pinball propelled by two classic Townshend riffs. (And the lyrics to We’re Not Gonna Take It would make no sense at all.) Without the context of The Wall as a metaphor for so many of the things that divide us, including socially constructed class structure, Another Brick in the Wall (Part 2) might be just something ironically yelled by frustrated college students.

But that’s not to say you have to buy into the whole concept of an album to enjoy the songs. Tommy is a difficult listen all the way through, but if you know the general storyline, you can appreciate the songs. Rush’s Clockwork Angels is one of their best works, but I’m not rushing to buy the book.

And that’s OK. As previous installments make of this series make clear, music gives words more power. (Maybe I should start reading these pieces into my iPhone and adding some loops in GarageBand …) Knowing a bit of the album’s context may or may not add another layer of interest.

So that brings us to the album that proved “punk-rock epic” didn’t have to be an oxymoron — Green Day’s American Idiot and its majestic centerpiece, Jesus of Suburbia.

Maybe if I saw the musical, I’d think more of the overarching American Idiot story. But as it stands, I think the individual songs are stronger without the “Saint Jimmy” plot that loosely ties them together. One article cited (confusingly — is this a book or a magazine) by Wikipedia points to Green Day drawing a link between American family dysfunction and American political dysfunction, and that makes a bit of sense.

The “Saint Jimmy” character is undermined by the song’s misogynistic video — particularly the long version that makes us wonder why we’re supposed to sympathize with this dude who takes out his frustration on the women in his life. Just a bit of male privilege on display here …

So let’s get back to this song and go through it without a whiny hormone- and drug-addled dirtbag wrecking a bathroom like he’s responding to the Rutles’ commentary on sewage systems as civilization.

Certainly not all “suburbia” is the same. Just as downtown Detroit differs from downtown New York, the “suburbia” in this song and video are different from the suburbia where I live. My suburbia is full of hyperachieving professionals who are helicoptering and snowplowing and other-machinery-ing their kids’ paths to be able to afford to buy the house next door one day. Saint Jimmy thinks no one cares; kids in my suburbia feel smothered. The “suburbia” in this case looks more like a small town that gave up on itself long ago, and if Green Day wrote this today, it might be riddled with opioids rather than pot and cocaine.

But it’s relateable. We get it. It’s a powerful portrait that fits perfectly with the mostly major chords and stadium-rock drum fills that propel the song.

At its heart, punk rock is populist — sometimes prey to the same shenanigans that pervade populist politics, but generally grounded in an appeal to the common man. So while this epic mimics the song structure of a Yes or Rush classic, you’re not going to hear a lot of dazzling solos or complex chords. If you can play a C, Am, F and G progression, you can make it through most of this song. An A-flat power chord and a D will get you the rest of the way.

And that makes sense. This song wouldn’t work with Steve Howe noodling away. It might work with Neil Peart — this is a virtual highlight reel for Green Day drummer Tre Cool.

Some of the lyric-analysis sites provide no help here. SongMeanings’ top-rated comment hails Jesus of Suburbia as a “Marter.” But Genius isn’t bad.

Let’s go through it …

An outstanding scene-setter. A child of soda pop, Ritalin and dubious religious undercurrents sits in front of the TV, pondering “a land of make believe that don’t believe in me.” And Billie Joe Armstrong sings “To fall in love and fall in debt” like a patriotic pledge rather than going with the too-easy punk cliche of sneering.

The question to ponder through the rest of the song: Is there really “nothing wrong with me”? Is this “how I’m supposed to be”? In other words, is Jesus’ cynicism inevitable?

PART 2: CITY OF THE DAMNED

The tempo slows and a piano comes in as the protagonist searches for beauty. There’s a bit of nonconformity brought in — “everyone’s heart doesn’t beat the same” — which is, along with other parts of the song, undercut by the video showing a bunch of lookalike kids. The video makes us wonder why our protagonist doesn’t just ditch the punk dress code and try something a little different.

But the lyrics paint a better picture of futility. “The end of another lost highway / signs misleading to nowhere.” Where does one go from here?

From the yearning of Part 2, we get a fast, thrashing section in 3/4 or 6/8 time, a sort of violent waltz repeating the simple phrase “I don’t care if you don’t.”

And then we get the reasons. “Everyone’s so full of shit.” Hypocrites. No one doing the actual emotional labor to build something real beyond being cogs in the machine.

Another part, another rhythmic style — it’s a jaunty, almost vaudevillian movement as he starts it like a religious pronouncement (“Dearly beloved …”) but has far more questions than answers. Can therapy help? Am I seeing things wrong, or are they wrong?

PART 5: TALES FROM ANOTHER BROKEN HOME

From questions to answers. At least, a temporary answer, which is the confirmation that he’s not going to find what he’s looking for in this town of emotionally and perhaps intellectually stunted people. He has to at least see something else.

I’ve seen the term “nihilism” thrown around a bit in discussing this song. I don’t think so. Nihilism would be accepting that there’s nothing more to life than taking drugs (prescribed or purchased), watching TV and hanging out at the 7/11. Leaving home is actually an act of optimism.

(Shhh … nobody tell him it’s no better in the rest of the country, and he might have to go to Europe.)

I’ve read (and even written) stories about Millennials and Gen Yers going back to their hometowns to try to preserve what’s good about them and bring them into the 21st century where needed. That’s great. But maybe people have to leave first to figure out what’s needed. And maybe we Gen Xers and Boomers should quit filling rundown suburbs with false politics and false religion that even the most addled youth can see through.