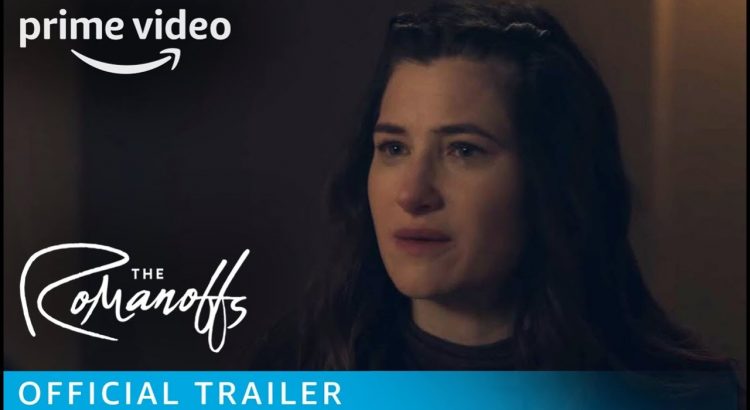 Matthew Weiner’s project after his wildly successful “Mad Men” centers people who say they are the descendants of the Russian royal family who were executed by the Bolsheviks in 1918 during the Russian Revolution. Though the spelling is different (i.e., Romanoff vs Romanov) the series is a collection of stand-alone stories that show a connection to the royal family. Amazon, perhaps agreeing with Matthew Weiner’s desire to create momentum for episodic TV a la “Mad Men,” is releasing one 90 minute episode a week — except for the first two.

Episode one, “The Violet Hour” centers on the relationship between Greg and his aunt, Anushka. Folded into the story are Greg’s girlfriend, Sophie and a young woman hired to care for Anushka, Hajar. Anushka doesn’t hold back on her disdain for the world, and, most notably, her disdain for Hajar, who wears more traditional Islamic clothing but considers herself French (the episode takes place in Paris, France). The clash of cultures comes to the fore when Anushka unleashes racist tirades against Hajar, who, to her credit, doesn’t break her patina of professionalism. Hajar cooks, cleans, walks the dog, and generally keeps Anushka’s stunning apartment, well, stunning. The conflicts centers on the four principal characters, with Greg as the one who stands to benefit from inheriting his aunt’s apartment and what’s left of the family fortune — and his girlfriend knows it. But this tale is not about avarice, it is more about how understanding and acceptance grow from familiarity and trust. Matthew Weiner wrote and directed the episode, and it’s a dialogue-heavy affair with the actors switching between English and French. Standout performances are Marthe Keller as Anushka and Aaron Eckhart as Greg. Ines Melab plays Hajar with eye-rolling bemusement at the utter backward attitude Anushka displays toward her and Islamic culture in general.

Episode two, “The Royal We” is a much more muddled affair. The story of a couple whose marital problems become more complicated when a planned ocean cruise and jury duty intersect in a way to show why some relationships fall apart. Corey Stoll plays Michael Romanoff, an “employee” of a test prep center his wife (Kerry Bishe as Shelly) owns. Corey and Shelly are trying to find areas of commonality in their marriage by working with a counselor, but it’s not going well. They are supposed to go on a cruise with other Romanoffs, but Michael’s infatuation with a fellow juror on a trial he’s been selected to be on, gets him scheming on how he can prolong the trial and skip the trip. He gets his wish and starts to find ways to make small talk with Michelle (Janet Montgomery). Shelly leaves for the trip and soon finds that it’s a rich cultural event that has the added benefit of another Romanoff (Noah Wyle as Ivan) who takes an interest in her. What Shelly and Michael find is their marriage lacks the excitement of desire. Corey Stoll plays scheming and smarmy really well, but he also displays middle-age ennui very effectively. Kerry Bishe came close to playing a type-A stereotype for the first part of the episode, but she quickly found her footing and shifted her tone (and the audience sympathy) to play Shelly with more depth and grace. Michael Goldbach and Matthew Weiner wrote the episode (with Weiner directing), and while it’s not quite as intriguing as “The Violet Hour” it does have scenes and characters who display a certain complexity in the way they react or embrace opportunities to cheat on their relationships.

While I do find “The Romanoffs” compelling at times, there’s a dark cynicism that pervades each episode — almost as if the middle to upper-middle-class comfort afforded these characters is kind of boring. That’s made abundantly clear in the first episode with Hajar’s “striver” life is held up as a point of contrast with the Romanoff’s. Both episodes highlight the privilege of having so-called royal blood and the kind of resentment that comes with it. Not really resentment at having that lineage, but more like resentment at not having all the perks and deference that come with it.

“The Romanoffs” airs Friday nights on Amazon Prime until November 23, 2018.