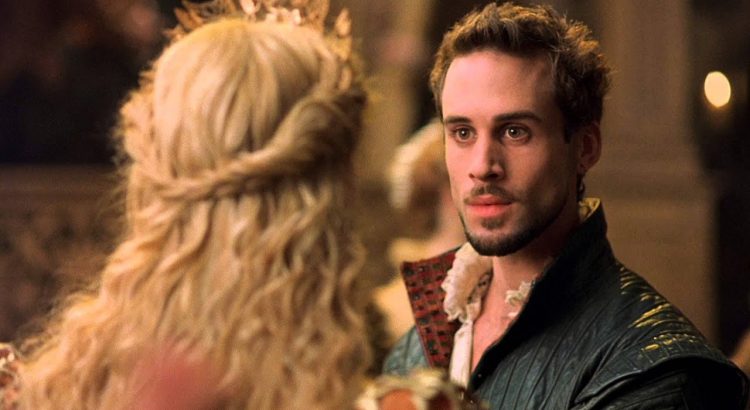 The 2019 Oscar ceremony is upon us and already people are expressing their dissatisfaction with AMPAS. After years, if not decades, of being a white boy’s club, AMPAS finally started being more inclusive after the #Oscarssowhite campaign in 2015. This year, the Academy seemed to take two steps backwards. Originally, the lack of nominations for women and minorities were merely a symptom of the larger problem of institutionalized racism in major Hollywood studios. If black actors and female directors weren’t being nominated, it was because they were not given the same chances their white counterparts were.

This year, there’s no excuse. One of my favorite films from 2019 is Waves. Sterling K Brown seemed like a shoo-in for a Best Actor nomination to me. But the movie walked away with no nominations at all. Greta Gerwig took Little Women, a novel that has been around for 150 years, and managed to create a movie that felt fresh and exciting. (Full disclosure – I have not gotten a chance to see it yet but those who have that I’ve talked to can’t praise it enough.) Yet she wasn’t rewarded with a Best Director nomination for her accomplishment.

Instead, we got a slew of middle-aged white men monopolizing almost every category. It’s hard not to feel that AMPAS has fallen completely out of touch with not only audiences, but filmmakers.

But they’ve always been out of touch. More often than not, AMPAS will make the most conservative choice possible. It’s why Forrest Gump beat Pulp Fiction for Best Picture. Whether you like Forrest Gump or not, Tarantino’s indie masterpiece made a crater-sized impact on the world. Everyone wanted to emulate it and, more importantly, it officially signaled the arrival of Gen X filmmakers and showed that they could – and would – outdo their predecessors. Forrest Gump was a nostalgia piece designed to make aging Baby Boomers smile. Which of the two do you think was really the “best picture” of 1994?

But despite seemingly every Oscar ceremony being controversial, there are a few Best Picture winners that draw more ire than most. The decision seems to be so wrong, so misguided, so incredibly insulting to the losing films, that they forever bear the same mark some of the worst movies of all time get. I’m talking about stuff like the forgotten Going My Way and The Greatest Show on Earth. I’m talking about the 1956 version of Around the World in 80 Days. Chariots of Fire. Out of Africa. Driving Miss Daisy. Crash. Green Book. All those films “beat” much better works that still make a lasting impact with audiences. When was the last time anyone legitimately argued Ordinary People is a better movie than Raging Bull?

But unlike traditional cinematic train wrecks, these winners can’t be dismissed outright for incompetence. The fact is, there is a lot of skill that went into making these movies and that skill is still apparent. Additionally, it would also be foolhardy to claim that these “wins” were based on rigged votes or conspiracies among the studios. There had to be a reason AMPAS voters selected every Best Picture winner as the deserving film to receive the award. They don’t want people yelling at them over stupid decisions more than anyone else.

With that in mind, let’s look at one of the most infamous Best Picture upsets in history – 1998’s Shakespeare in Love.

The concept of Shakespeare in Love isn’t terrible. The 1990s saw several alternate versions of classic Shakespeare plays, including a version of Richard III set in an alternate fascist Britain and a Felliniesque version of Titus Andronicus. (Not to mention the version of Romeo + Juliet that took place in some alternate reality where music videos are documentaries.) The script was written by playwright Tom Stoppard, who had already demonstrated with Rosencrantz and Guildenstern are Dead he was capable of reinterpreting Shakespeare. (Plus, he’d previously been nominated for an Oscar for co-writing the classic Brazil.)

And the film was released by the studio that defined the 1990s – Miramax. Today, Harvey Weinstein is far more famous for being an accused rapist than for being a movie producer. But twenty-two years ago, Harvey and his brother Bob were among the most powerful people in Hollywood. The films they released popularized the independent film boom and studios today are still modelling their business models after Miramax’s strategy. By 1998, a Miramax film had already won Best Picture once with The English Patient. It seemed obvious that the studio would win the award again.

Yet Shakespeare in Love’s win remains enormously maligned. It somehow managed to win Best Picture over more enduring films like The Thin Red Line and especially Saving Private Ryan. And while the film received good reviews from contemporary critics, it has also been labelled one of the least deserving winners of the 1990s. While the Normandy landing scenes in Saving Private Ryan are still quoted today, Shakespeare in Love remains most famous as the inspiration for Prince Edward’s royal title of the “Earl of Wessex.”

So, what happened? The answer is obvious – the film doesn’t work as a revisionist Shakespeare piece. Time and time again, I was reminded of the film’s fantasy elements were exactly that – historically false stories that have absolutely no bearing on reality. Additionally, the film is nowhere near as intelligent as it thinks it is.

Both elements can be observed in the basic plot summary. Shakespeare is suffering writer’s block as he tries to write a comedy about a pirate king. But he enters a relationship with a noblewoman who has disguised herself as a man to audition for his play. He uses this relationship as inspiration for his work in progress, which morphs into the story of a doomed romance between his protagonist Romeo and the newly created Juliet character.

Sounds fine – except William Shakespeare DIDN’T invent that story. Shakespeare only wrote four completely original plays in his career. The rest were based on historical events or popular existing works. Romeo and Juliet is based on a narrative poem published in 1562. He can no more lay claim to inventing Romeo and Juliet than Ted Tally and Johnathan Demme can for Hannibal Lecter.

For example, I mentioned earlier that the main female character, Viola de Lessepps (played by seller of dubious “health products” and occasional actress Gwyneth Paltrow) disguises herself as a man to audition for Shakespeare’s new play. Characters disguising themselves was a common thing for The Bard and Twelfth Night tells the same story Viola is living in the movie. Clever, right? Except the film ends with Shakespeare starting to write that play and openly saying that her story is inspiring him to write the play.

Besides, it’s very difficult to sustain that premise for an entire movie. The third act is basically just the characters performing Romeo and Juliet for the first time at the Globe Theater, the original concept long since forgotten. It may have worked better as a comedy sketch or a short film than a feature. Actually, I know it would have worked better as a short film and a comedy sketch, because just a year after  Shakespeare in Love was released film student Joe Nussbaum made George Lucas in Love. This nine-minute short takes the same premise and sets it around George Lucas being inspired to write Star Wars based on the people he observed at the University of Southern California. It’s far more subtle, far funnier, and far more satisfying than Shakespeare in Love. The film’s successful because it doesn’t go out of its way to congratulate itself for being so clever.

Is there anything I like about Shakespeare in Love? Sure – the acting is quite good. I particularly liked Geoffrey Rush as Philip Henslowe. He is constantly in debt with money lenders and the film opens as he is being tortured over his unpaid debts. He acts like he’s in a completely different film, one that feels more realistic than the main plot. Henslowe doesn’t concern with Shakespeare’s plays will be held up as the ruler by which all English literature is measured. He has bills to pay and treats Shakespeare and his actors as an inconvenience at best. Even the stunt casting is inspired. Ben Affleck as Ned Alleyn is a very clever portrayal of the modern Hollywood movie star. Affleck plays Alleyn as a man who is only concerned with his ego and with the publicity surrounding him. Any talent he has is almost irrelevant. (Maybe that would have been a better movie? How the Globe Theater and the troupe aren’t very far removed from the Hollywood studio star-making machine? We can only wonder.)

Even Paltrow does the best she can with the material. Her role isn’t strong – she’s essentially another noble woman trapped in an arranged engagement with someone she doesn’t love and is bored with her idle lifestyle. It’s the same character every woman seemingly plays in every costume drama and Stoppard borrows her character arc from Rose in Titanic. Still, Paltrow is memorable in the role and can successfully execute Juliet’s scenes at the Globe. I can understand how she won an Oscar. (Even if I think Cate Blanchett deserved it more.)

But I just cannot understand why everyone thought the premise would work. Everyone is convinced the film is a work of absolute genius (except Stoppard, who seems to treat the assignment as just another job). Everyone seems to be patting themselves on the back throughout the film. What’s supposed to be a profound exploration of artistic drives ends up feeling more like a high school student feeling so happy with themselves for pronouncing all the lines in Julius Caesar correctly in front of their class.

So how did Shakespeare in Love win Best Picture? What about it attracted AMPAS voters so much?

A big part of the victory was based around the unprecedented influence campaign Harvey Weinstein launched to persuade AMPAS to vote for the film. This campaign remains the stuff of Hollywood legend and showed the public just how the awards like the Oscars are chosen. Weinstein, among his many, many sins, forever cemented the public’s skepticism toward AMPAS and practically lead to future campaigns like #OscarsSoWhite. It also helped that Miramax’s parent company Disney was still hurt over Jeffrey Katzenberg’s departure and was only too happy to see his new company Dreamworks fail to win Best Picture with Saving Private Ryan.

But the movie appeals to AMPAS voters because it stokes their egos. Saving Private Ryan was a very effective story about war and successfully combined modern film techniques with an old-fashioned Hollywood attitude about soldiers. But Shakespeare in Love is the story of how AMPAS voters view themselves. All of them believe they are living the story depicted in the film, no matter how close to reality it is. And they all dream of a muse like Viola. And they imagine that their personal stories will influence people for generations.

The average movie goer can imagine themselves as being part of the company that looks for Private Ryan. In fact, there are many, many people who have lived that story. That’s why people ended up scratching their heads when Shakespeare in Love beat Saving Private Ryan. They didn’t realize that, in Hollywood, this story is what everyone fantasizes about. Having a film that serves their desires back to them stokes the most important thing in any AMPAS voter – their ego.

Shakespeare in Love is definitely not the best film of 1998. But it’s easy to see why AMPAS voters were tricked into thinking so. It’s their story told in a way that not only makes them feel happy but intelligent. It’s a shame that they couldn’t predict or even understand how other people saw it.