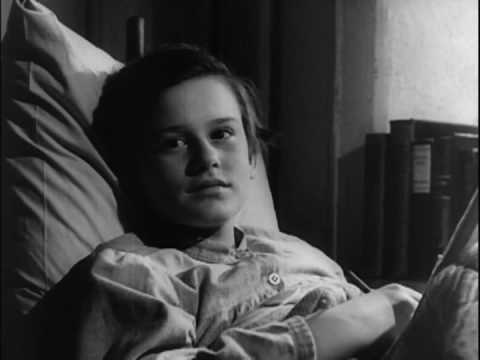 This month on “The Worst of the Best,” I’m taking a slightly different route than I usually take. 1941’s Best Picture winner How Green Was My Valley doesn’t have a bad reputation. In fact, it has a lot of defenders. But it’s seemingly fallen out of style and never gets mentioned as one of the all-time greats. And those who have know it for its infamy in how it won Best Picture over Citizen Kane.

The politics of the time made this decision understandable. Kane was seen as an insult to the still very much alive William Randolph Hearst, who forbade any mention of it in any of his newspapers. It was booed at the Academy Awards ceremony and wasn’t a box office smash. How Green Was My Valley, directed by the already legendary John Ford, was a much safer pick than the revolutionary Kane.

Still, time has not been kind to the decision. People are still watching and analyzing Welles’ masterpiece. Just last year, there was a movie about the writing of the script that was nominated for Oscars. But How Green Was My Valley? Well, no one seems to be rushing to make any movies about that.

None of this means How Green Was My Valley is bad by any means. It’s a fine film that serves as an interesting companion piece to Ford’s adaptation of The Grapes of Wrath. But Ford definitely made better films in his career and it’s little wonder no one remembers this as much as Stagecoach, The Quiet Man, The Searchers, or The Man Who Shot Liberty Valance.

The film follows Huw Morgan (Roddy McDowell as a child, Irving Pichel as the adult Huw who narrates the story) as he reminisces on his childhood with his Welsh coal mining family. He navigates the story of his older brother’s marriage, his sister’s infatuation with the town’s new preacher, the tension between his father and brothers over starting a labor union, and his being the first in his family to ever have proper schooling. He also deals with family tragedies related to his family’s lives as coal miners.

As I said before, there are a lot themes in How Green Was My Valley that make it almost a spiritual sequel to Ford’s film adaptation of The Grapes of Wrath. Due to ratings standards of the time, the Wrath adaptation was never going to be able to capture the bleakest moments of the novel. But it still captures the stark reality of poor migrant famers during the Great Depression with multiple tragedies striking the Joads. Valley was also based on a novel (which I haven’t read) and, unlike John Steinbeck, author Richard Llewellyn based his book on his personal experience. It should create a more harrowing portrait of working-class life than what Steinbeck put to paper.

But, while the family dynamics are remarkably interesting, the characters in Valley don’t feel nearly as compelling as anyone in the Joad family. There are some great moments – like when the patriarch Gwilym Morgan (Donald Crisp) kicks his older sons out of his house after they talk about forming a labor union for the miners or when his wife, Beth, threatens to kill any striking miner who threatens Gwilym. But life is comparatively better and more idyllic than anything the Joads ever had. The characters even break out into Welsh folk songs throughout the movie. I can’t even begin to imagine anyone in the Grapes of Wrath singing with joy.

Of course, by the time Valley was released, the Great Depression was receding, and audiences were focusing on the growing threat of another World War. It’s understandable John Ford would want to pivot away from the themes of Wrath and look at something more hopeful. And this movie does predict the popular community efforts that sprang up during WWII, such as the scene where the townspeople come to see Beth after she and Huw fell into a frozen river. (Huw briefly loses his ability to walk.) Even the preacher in this film – Mr. Gruffydd (Walter Pidgeon) – is far more optimistic than Jim Casy in Wrath. During Huw’s convalescence, Gruffydd encourages him to maintain his faith and trust in God to heal him. This leads to a scene of Huw walking with the preacher to pick daffodils. It’s heartwarming but also reflects the tone shift happening in Hollywood at the time.

Gruffydd’s only flaw seems to be his mutual attraction to Huw’s sister Angharad (frequent Ford collaborator Maureen O’Hara) and how they can’t have a relationship because the son of the mine owner wishes to marry her. The two actors have notable chemistry but, in terms of everything else that’s happening in the film (such as the aforementioned strike that leads to the town suffering from poverty and people turning against each other), it feels melodramatic and unnecessary to what the film wanted to say about the Morgans.

The best part of the film is Huw’s story. The narration style is very reminiscent of what Stanley Kubrick would later use, particularly in Barry Lyndon.  The narrator introduces a character, we get a few lines of dialogue, and then onto the next scene. It sounds corny, but Ford is able to make this strategy work as a way of introducing the characters. Plus, it makes the film feel like a memory.

I also like Roddy McDowell’s performance as the young Huw. He’s very effective as the youngest child in a working class family that’s positioned to ensure the next generation is better than the current one. It’s also obvious why he chooses to work in the coal mine even after he goes to school. And I even came to understand why he felt so nostalgic for this past, no matter what he encountered.

But the film lacks the gravitas and prestige that are normally associated with Best Picture winners. It certainly wasn’t the most revolutionary film of the year. Ford had already made this movie the previous year and was rewarded for it. Why bother with this material? And Citizen Kane, even if you ignore its technical revolutions, is a far more interesting analysis of the complexity of people. Charles Foster Kane remains one of the greatest film characters ever.  Huw and the rest of the Morgans are certainly effective – particularly during the family conflicts – but it’s meaningless compared to Kane’s destruction of the American upper class.

How Green Was My Valley is not a bad film by any stretch of the imagination. John Ford was a master director and even Orson Welles sought to copy his early films when he made Citizen Kane. But Valley isn’t one of Ford’s best films, much less the best film of 1941. If you’re a fan of classic Hollywood, you’ll probably enjoy this. But then you’ll also likely want to watch one of John Ford’s westerns instead.