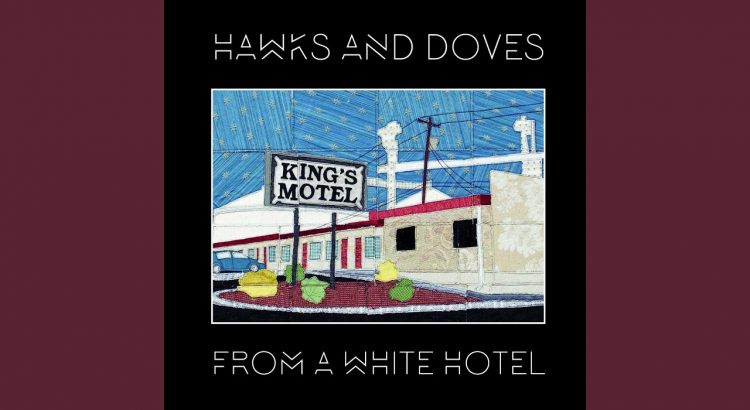 Kasey Anderson owes me $46, but I don’t want his money.

Seven or so years ago, Counting Crows released a covers album (Underwater Sunshine) that contained an Adam Duritzian take on a song called “Like Teenage Gravity,” by a band called Kasey Anderson and the Honkies (as I said at the time, singer Durtiz probably kicked himself for not naming a Counting Crows album Teenage Gravity). The Anderson song came from an album released in 2011 called Nowhere Nights, which I listened to somehow (probably a Spotify stream) and really dug, so much so that I tracked down his website store and ordered vinyl copies of that and another record.

The records never arrived. The wait went on so long, I forgot about the whole thing until I read an article about Anderson facing charges of bilking investors out of more than half a million dollars for a charity album that never materialized (he got caught around the same time I ordered the records from him). He wound up doing jail time for that, and came out of the pokey clean of the drugs he had used a good bit of that money procuring, and also in treatment for bipolar disorder.

According to an interview he gave last summer, Anderson wasn’t sure he would return to recording music, but he did, releasing an album under the guise of a new band, Hawks and Doves. It’s called From a White Hotel (Jullian Records), and it’s pretty damn good.

And I wouldn’t bring up Anderson’s legal issues or my irritating but comparatively small financial loss, were it not for the fact that Anderson himself addresses the whole shebang on From a White Hotel’s title track:

Anderson says that recording and playing “From a White Hotel” is a way of accepting responsibility for what he did, holding himself accountable, and that seems as good a reason as any to do such a thing, to lay his failings out in front of people time and time again, from every stage that will have him. He did a bad thing, but it’s a hell of a thing to make himself revisit it.

The rest of From a White Hotel contains healthy dollops of everything I dug about Anderson from the first I encountered his music. His is a near-perfect amalgam of twang and volume, a throwback to a not-quite-young-anymore Steve Earle (who Anderson shouts out in one track), when he made Exit 0 and Copperhead Road. It’s the kind of amped-up country rock that thankfully seems to be making a resurgence these days, thanks to performers like Jason Isbell, Austin Lucas, Cody Jinks, Jimbo Mathus and Red Shahan, among others. You won’t find much, if any, of this stuff on country radio, in large part because the music has balls and some semblance of soul, which are not the forte of programmers who routinely put the three-minute Corona commercials from the likes of Florida Georgia Line and Sam Hunt on the airwaves.

Anderson and his band come out of the gate hard, with “The Dangerous Ones,” which starts with a steady kick drum and distorted guitar and instructions to “Let the television burn, babe / There’s a riot in the streets.” It’s a simultaneously vague and pointed sentiment, perhaps personally and/or politically motivated, delivered with a genuine snarl. There’s something closing in on him, some power beyond his own, and it’s malevolent as hell. His only response is to be malevolent right back — “Let it burn, let it burn, let the motherfucker burn — it’s election day,” he sings later on. “They shut the water off last week / I guess it’s gonna burn either way.”

Speaking of spiteful and vicious, check out the guitar tone on the overdriven blues “Get Low” — it’s nasty stuff. The material on From a White Hotel is not all loud and angry — the bass groove of “Every Once in a While,” for example, shows off Anderson’s soul influence. And, speaking of influences, there’s “Chasing the Sky,” with its three chords and familiar story —  leaving the hometown, finding trouble, “can’t seem to keep your chin off the ground.” It’s a well-worn trope, but Anderson’s voice is  authoritative and genuine — you can comfortably slide the song into a mix with the Mellencamp and Springsteen and Earle tunes that blazed a trail for it.

The breadth of Anderson’s songwriting is clear when you listen to “Geek Love” and “Bulletproof Hearts (For Laura Jane)” back to back.  The former is a piano ballad on which the protagonist gazes around a carnival at daybreak, sees ghosts wandering the midway and he issues the refrain “I’m not comin’ home” as something less a threat than a resignation. The characters he encounters in his big-top life — the underwater blues singers, the “pincushion kid,” the jealous sword swallower — all seem real; it’s life outside the circus that is the abstraction.

“Bulletproof Heart” is no less engaging — in this case, Anderson’s character is Laura Jane Grace, the real-life transgender punk singer/songwriter and voice of Against Me! and, more recently, The Devouring Mothers. The song is a curious distillation of Grace’s story, with the intriguing refrain “There ain’t no such thing as real American girls.” The song does have a great, moving final sentiment: “For a while it all went wrong, but when you’re gone / They’ll say, ‘She earned her mama’s name’ /  No one loves in vain.”

From a White Hotel is a strong record, and a welcome return to record shops for Anderson, a return that is bolstered by a new recording he and Hawks and Doves dropped in March, called The Garden Sessions EP.  Recorded live last October during an acoustic session at the Underwater Sunshine Festival (curated by Adam Duritz), The Garden Sessions features a handful of Anderson’s best songs (including “Like Teenage Gravity” and “Geek Love”) and a faithful cover of Tom Petty’s “Walls.” It’s the best five bucks you’ll spend this spring, and probably this summer, too.

So, yeah, years ago I gave Kasey Anderson some money for records he never sent me, but that’s all right. As long as he’s clean and healthy and making music as good as the stuff on From a White Hotel and this new EP, I’m happy — for him and for his fans, those of us standing behind him and his peers, listening and waiting, helping keep this music alive until the bro-country shit-show runs its course.

Sometimes it’s better to lay siege to a castle than to storm it. At some point, the walls will fall. We can only hope.