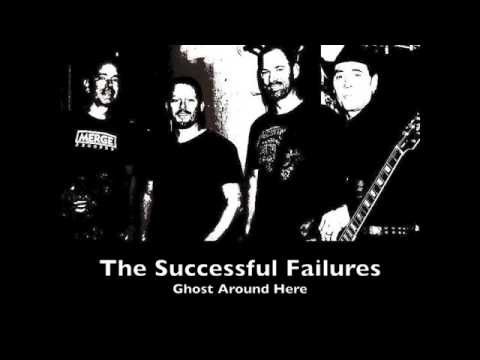 The Successful Failures have been serving up a casserole of power pop, punk, and crunch-Americana for some time now, and they’re not done yet. A new album is coming soon with a lot of extras attached to that. And as ever, the band is ready to play just about anytime, anywhere. Just put up the signal. Band captain Mick Chorba knows the drill. His previous band, The Dipsomaniacs, was one of the hardest working units in New Jersey, although to hear Chorba speak of it, he’s managed to ditch the dread and the drudge out of “work” and just live out this rock and roll dream. Popdose was able to grab him in-between tons of production work to hear about the band, what came before, and what’s on the horizon.

The Successful Failures are now working on new tracks, some of which have filtered out to the public. How far in are you with it?

The album is done. It’s title: Ichor of Nettle. 15 new songs plus a bonus track. We also have a 4 song live in-studio ep recorded in Red Bank, New Jersey (live versions of 4 tunes from the new album). And a plan to release a limited 10” vinyl featuring a song not on the album as well as some other surprises. We also recorded a live video at the studio in Red Bank featuring 3 of the songs from that live EP. The release date is October 20 so all this stuff will be out soon!

How will people be able to get a hold of all the new stuff?

The album will be available for a listen on all streaming sites like Spotify… downloads can be purchased from Amazon, Itunes, and others. The physical CD can be purchased via Amazon or directly from the band at www.thesuccessfulfailures.com Also all download purchases and physical album purchases can be made via my label FDR – www.fdrlabel.com The physical CD will also be for sale at mom pop stores such as Bordentown’s Record Collector and Randy Now’s Man Cave, Princeton Record Exchange, Tunes in Hoboken, as well as many other stores.

What has the process been like in terms of getting new songs/albums off the ground? I know some artists have a bit of a cycle they move through, and on the other side of it, it’s time to get back to writing and recording mode…

I am always writing but the process of getting the material to the band, working arrangements, rehearsing, recording, etc… takes so long that I always feel behind. I also love to play live to keep the band in good shape but we actually stopped playing any shows for a few months to focus on finishing this album. For the past 20 years or so I’ve done at least one album every other year, sometimes more. In the middle of this one our drummer, Rob Martin, messed up his shoulder and needed surgery. So when he was back in action I had a new batch of tunes, so that’s somewhat why this album took longer to come out and also why it is a bit longer in content. 15 songs… and that was pared way down from the material we had to choose from. To get back to your question, we definitely work in a cycle and I love it because each part brings more meaning and relevance to the next part.

The Successful Failures came about after your previous band The Dipsomaniacs. Was there overlap between the two bands initially or just a hard stop and something new?

The two bands overlapped for about three years, and I was not very popular at home! The Dipsomaniacs’ last show was in 2009. SF started as a side project for my extra songs but has stuck around. The Dipsomaniacs played for about fifteen years and things were just winding down.

Do some of your Dipsomaniacs material sneak into the Failures’ sets or do you try to keep the boundaries up between the two?

The Dipsomaniacs, like SF, was a unique entity in which all the band members contributed to the process so I wouldn’t feel right playing any of those songs in a different band. That being said, the song “Goodbye 3 AM” from the Dipso album Whatever Planet is a regular part of SF acoustic sets – so I guess that one song is an exception. I’ve also played some Dipso songs in solo acoustic sets though I’ve been doing less and less of those as SF has a great acoustic configuration.

Like a lot of bands right now, The Successful Failures are doing things for themselves, which can mean a lot of freedom to do as you want. It also means that virtually everything must be accomplished in-house. What’s involved with keeping the band on its feet and moving, especially with that level of responsibility?

It all revolves around our passion for music and love for what we do. Plus, we are always trying something new… trying to keep out of ruts, keep putting ourselves in situations we may or may not be comfortable in. The band has evolved quite a bit and that keeps us from getting rusty.

A couple of examples… a couple of years back we played a special show for a friend’s birthday incognito in which we played only 80s cover songs (it was a fun diversion and the band was named “Members Only”).

About three years ago we started playing a bunch of shows in March featuring classic and modern Irish tunes. Our bass player Ron Bechamps has gotten really good at the mandolin and we are both fans of the Pogues and other Irish artists. This allows us to do something different for one month each year – the crowds are usually big and enthusiastic at these gigs and the pay is good. I play acoustic guitar and harmonica, our drummer plays a Cajun drum. Ron takes over a lot of the lead vocals at these shows. Now a few Irish songs have found their way into our regular sets which add something different too.

Another way our “internal dynamics” have changed is we brought on a new guitar player for this latest album. Our long time guitar player, John Williams, left 3 years ago and I played all the guitar parts on our last album, Captains of Industry. For our live shows, Pete Smith, from Pine Hill – a life long pro guitar player who has done it all – joined us and he stayed on to be an integral part of this new recording. It’s been a joy working with him.

Lastly, at least once or twice a year the band ventures out for small tours. We’ve been up to Madison, WI; and Chicago, out to Tennessee, down to DC, Virginia, and North Carolina, lots of places in between. Getting out of just your local scene is really helpful in breaking up the monotony and is really good for the band’s attitude and morale. We’ve been really lucky to play a Rhythm and Roots festival in Bristol Virginia/Tennessee each of the last three years. During these shows, we’ve played with Steve Earle, Buddy Guy, Jeff Tweedy, Emmylou Harris, Dr. Dog, Houndmouth, and so many other amazing artists. One of our goals for the upcoming years is to play more festivals – best way to make new fans and play to receptive crowds.

A lot of independent bands are pretty hamstrung when it comes to their degrees of promotion. They’ll record and play out, and that’s about it. To be fair, most members of such bands are not at a place where the work is life-sustainable so they have day jobs and night jobs. But The Successful Failures is fairly consistent in getting out in the NJ/PA/DE circuit. It always seems the band is pushing forward. What’s required to make that happen?

What’s going on here is a commitment to each other and pride in our craft. If it gets to be something that is not fun we better figure out pretty quick what’s going wrong and make some changes.

If someone is coming to the band with absolutely no ideas or preconceptions, where would you advise they start? What is the clearest example of “This is who we are”?

The blessing and the curse for this band are that we are hard to categorize… we’re not just one thing. So to answer this question I would direct listeners to three songs from our new album: “Misguiding Light” – a melodic rock song that has a total proggy mid section and just ballistic drumming. The song goes on close to five minutes and just rocks. Then I would ask them to listen to “Tennessee Boy” which features our bass player, Ron Bechamps on mandolin and our guitar player Pete Smith on bass. The tune is folky, twangy, and has no chorus but is a proud moment for me from a songwriter’s point of view because it captures the main idea from the novel The Grapes of Wrath and does it in under three minutes. The idea is that no matter how low down bad the economy is, no matter how bad politicians try to suck the life out of you, people will always find joy in music. You can’t hold us down! The last song I would direct people to is the super power poppy tune “All Wrapped Up.” It’s hooky and melodic and I got the idea for the harmony guitar part from the Beatles’ “And Your Bird Can Sing”.

Thanks again to Mick Chorba for taking the time to discuss The Successful Failures. You can learn more at their website, www.thesuccessfulfailures.com