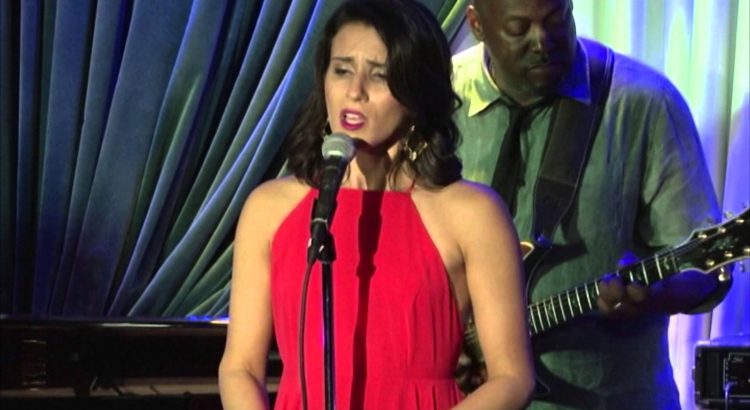 Back in April, I went to see the True Groove All-Stars at Bowery Electric. It was a jammed packed evening, but their young soul singer, Lael Summer Feldman,  who had been at college on the West Coast the past two years, didn’t perform a set. Instead, she performed back up on a couple of songs. I hadn’t heard from Lael since her 2015 six song EP Life In Color, and in the rough and tumble of music had misplaced her. But in an evening with a constant parade of top notch musicians, Lael took the briefest of solos, maybe ten seconds, and blew us away. Lael looked both frail and beautiful, waif-like but with a sizzle to her, and her voice soared through the room, clear and perfect, sensual and riveting. And then it was gone. Much like Lael herself, who dazzled everyone she met. She took her life on Wednesday, July 26th, 2017 at the age of 24.

I ran into Lael last month at the Phoebe Nir concert at the Bitter End. I was a little fanboy and recommended she take on session work. The last I heard she was to be singing back up on Ken Shane’s sophomore album, currently in production.  But I had been a fan way before that. Watching a headlining performance at Triad in 2012 I wrote “Lael has a powerful voice and covered Christina Aguilera at the age of 10. She has some of that husky undertow to her vocals — listening in, we felt a tingle of anticipation, her singing a throaty passionate declaration of intent.”  There was something of the femme fatale in the 20-year-old woman, all off the shoulder gowns and sensual come-ons. It is as though she had just stepped out of a Phillip Marlowe novel. Her mother, singer and spoken word artist Marla Mase, is a boho for the modern age. Lael wasn’t like her mother, she seemed steeped in a smoky nightclub sensuality, like a half-world hedonism ‘70s disco — listen to Touchy Feel’s remix of “Need A Man,” which comes across like EDM but the voice harks to serial disco singers like Linda Crawford. The sensuality isn’t a cool anonymity or a Scandinavian post modern girliness, but a straight up sexuality.  According to her closest friends, this was a part of Lael that she only allowed to shine on stage, a provocative come hither like shedding one person for another.

On record, we have been left with only enough to make us deeply regret her passing, a shimmering, passionate cover of Hall and Oates “Do What You Want, Be Who You Are,” a reworking of “Wires,” a voice added to “We’re A Winner,” the Touchy Feely remix, the album Burden To Bear from 2013, and the 2015 Life In Color EP.  But it is enough to make her potential just about limitless, from the scolding hot album to the so white it’s blue Life In Color, you can hear a jump in her skills already. There is an emotional complexity not explained by needing a man. Lael was in a league of her own and in the company of modern pop stars like Halsey — she had a similar DNA — a musical pop sensibility anchored by the deepest of musical feelings. I was looking at Lael’s Yoga playlist on Spotify and at its heart, it was alt-rock modern beat guys like alt-j. You can hear that sound on some of her later material, the “straight to hell” hook on “Wires” resonates like a sirens call.

Her greatest moment came in 2015. I’d caught “Wires” (her producer and co-writer Tomas Doncker loved it enough to include on the True Groove Fully Re-covered compilation), but I had missed “Count My Blessings.” Maybe I had intentionally skipped it. It is too sad, too hurt, too gone in its own mystic and mythic pain to make for ease of listening. It reminds me of English folk, of a Nick Drake. Listening to it now, I am in awe of her artistry, of her empathic sharing, sharing so much it makes me uncomfortable and upset, but also speaking to a world where only through a prayer and a hope can we get through, a prayer for strength.

These things are where Summer was heading, a deep clear pop music with soul vocals and blue lyrics. Summer had been singing all her life. She knew every song from The Sound Of Music by the age of two. As part of the True Groove family, she was among their initial rush of releases and for those who heard those early songs Summer was the sex kitten torch singer of your dreams. Her family and friends are all devastated by her untimely passing, but life is short for all of us, and even to live to be 100 is a blink of the eye. What is left, what remains longer than our life is our art, and Lael’s art remains with all who hear her and will grow and grow.