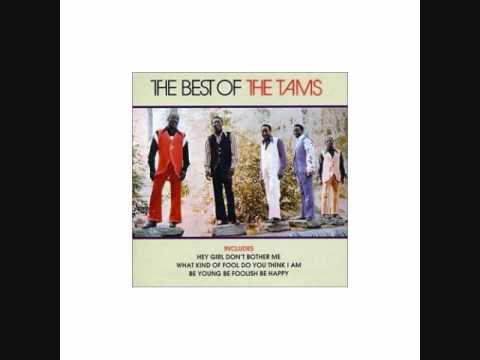 It’s almost vacation time so I’m going to try to keep it short this week. A couple of weeks ago I recommended SiriusXM’s Carolina Shag channel. I hope you’ve been listening. Sadly, I’m told that the channel is temporary and will end on July 5. There are a group of people trying to change that, and if you love the station as much as I do you might want to sign the petition that calls for the station to be made permanent.

One group in constant rotation on Carolina Shag are the Tams. The Tams are beach music royalty who can still draw a crowd at the venues on the shores of the Carolinas. I wrote about their big hit “What Kind of Fool (Do You Think I Am)” back in 2013, and you can read that column here.

To briefly recap their story, the Tams got together in Atlanta and named themselves after the tam o’shanter caps that they wore on stage. The signed with Arlen Records and had a hit for the label with the Joe South song “Untie Me.” By 1964, they were recording for ABC-Paramount where they had that hit with “What Kind of Fool.” The single, written by Ray Whitley and recorded at FAME Studios in Muscle Shoals, reached the top of the Cashbox R&B chart and was a Top 10 hit on the Billboard Hot 100.

The Tams’ follow-up single, “Hey Girl Don’t Bother Me,” was a moderate success, but it was their 1968 single, “Be Young, Be Foolish, Be Happy,” that became a beach music classic. The song had originally been recorded the previous year by the Sensational Epics and released on Warner Bros. Records. The Tams’ version reached #26 on the R&B chart, and #61 on the Billboard Hot 100, but sometimes a record has a life beyond its original chart life. That’s what happened to “Be Young, Be Foolish, Be Happy” as it became one of the most popular songs in the annals of Carolina beach music as well and a very popular song on the UK’s Northern Soul scene.

The Tams didn’t have another hit until 1987 when they paid tribute to the music scene that had kept them alive with a record called “There Ain’t Nothin’ Like Shaggin’,” named for the dance that is done wherever beach music is played. Unfortunately ‘shagging’ means something else entirely in the UK, and the record was banned by the BBC.

These days there are two groups of Tams out on the road. One is lead by original group member R.L. Smith, and the other by Charles Pope, the brother of Tams co-founder Joe Pope.