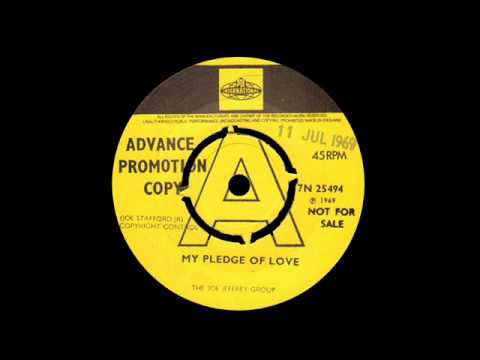 It seems that there is a holiday for nearly everything these days. Some are better than others. Recently we celebrated National One-Hit-Wonder Day. Yes, you read that right. It was actually fun to see people posting videos by their favorite one-hit wonder artists. It had the added advantage of distracting us from the usual political rancor for one day. One of the posts I liked best was made by my friend Barry. It was a long-forgotten song by the Joe Jeffrey Group that I loved back in the day. And so, this column.

As is usually the case with one-hit wonders, there is precious little information known about them and it’s pretty much only the music itself that survives. We do know that a musician named Joe Jeffrey, whose given name was Joseph Stafford, Jr., put together a band in Cleveland at some point in the 1960s. Jeffrey played guitar and sang and the band’s original lineup included bass player Al Russ, percussionist Charles Perry, and drummer Ron Browning.

In 1969, the Joe Jeffrey Group, by then signed to the Wand Records label, released the single “My Pledge of Love.” The song was written by Jeffrey and the arrangement was by Russ. It was a hit, rising up on the Billboard Hot 100 all the way to the #14 position. If the band could have followed up their success with another hit things might have been different. And they had a shot.

The following year, the Joe Jeffrey Group released their version of “My Baby Loves Lovin’.” Unfortunately, the British group White Plains, themselves one-hit-wonders, released their version of the song at almost the same time. The White Plains version went to #13 on the Billboard Hot 100 while the Joe Jeffrey Group single languished in the “bubbling under the Top 100” section of the chart.

The Joe Jeffrey Group missed an escape by from one-hit-wonder status by a whisker. Jeffrey didn’t give up. He played the Cleveland bars several nights a week in the 1970s as a solo artist. He played his hit, his near-hit, and covers of popular songs of the day but he never had another brush with chart fame.