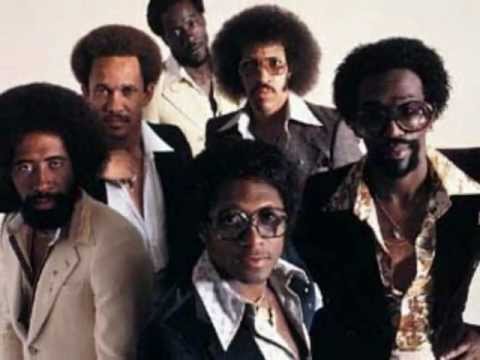 The late 1970s were a good time indeed for funk. Given the fact that disco and punk were both ascendent in those days, it’s remarkable that funk could have gained a toehold, but that’s exactly what happened. Last week I wrote about the 1978 Parliament hit “Flash Light,” and this week I’m going to remain in that era and feature a 1977 smash by the Commodores called “Brick House.

In 1968 there were two groups, Mystics, and the Jays, that were made up of students at Tuskegee Institute. Lionel Richie was a Mystic, a group that leaned a little more toward jazz, as were Thomas McClary, and William King. The Jays membership included Andre Callahan, Michael Gilbert, and Milan Williams. Those six got together and chose the name Commodores at random from a dictionary.

“We lucked out, we almost became the Commodes,” William King told People Magazine with a laugh.

At the start, they had a singer named James Ingram (no, not that one) and played frat parties and local clubs. Ingram was a little older than the other guys, and when he was sent to Vietnam, the Commodores replaced him with William ‘Clyde’ Orange, who played drums. The new singer split the lead vocals with Richie and wrote or co-wrote a lot of the Commodores’ hits.

The songwriting on “Brick House” is credited to Lionel Richie, Milan Williams, Walter Orange, Ronald La Pread, Thomas McClary, William King, and Shirley Hanna-King was an uncredited writer. As the story goes, there were equipment problems in the recording studio so the Commodores took a break. Bass player Ronald LaPread began playing a riff, and soon the rest of the band joined in. Before long, they had a track.

Producer James Carmichael liked what he heard, but knew that there was still work to do to make it a song. William King took the tapes home, and he was asleep when his wife, Shirley Hanna-King came up with the “brick house” lyrics for the riff. William King told the band that he had written the lyrics, and it was decided that Orange would be the right singer for the funky groove, instead of Richie, who was singing a lot of the lead vocals at that point. It took years for the band to learn of Hanna-King’s contribution, and although she remains uncredited, the band does acknowledge her part in the creation of the hit.

“Brick House” was released in August 1977. The single rose to #5 on the Pop chart, and #4 R&B. The Commodores still had bigger hits in their future.

“Three Times a Lady” was their biggest hit. The Richie-sung ballad was released in 1978 and became a #1 smash on the Pop and R&B charts. The following year “Sail On” hit the Top 10 on both charts, and that same year “Still” again rose to the top of both charts. In 1981 the band had two more Top 10 hits with “Oh No,” and “Lady (You Bring Me Up).”

The success was more than enough to push Richie out of the nest in 1982 and on to a huge solo career. He was replaced by Skylar Jett. McClary left the following year, LaPread in 1986. Sheldon Reynolds (who joined in 1983) left to play with Earth, Wind & Fire the next year, and original member Milan Williams left in 1989, apparently because he would not play in South Africa.

Despite all the changes, the Commodores were not yet done. They did, however, become less funky, opting for a more easygoing sound. J.D. Nicholas, formerly of Heatwave, came aboard in 1984 and shared vocal duties with Orange. They hadn’t had a hit for awhile when “Nightshift,” with Orange singing lead, shot up to the #1 spot on the R&B chart, and #3 on the Pop chart. The song was a lovely tribute to two icons who had died the previous year, Jackie Wilson, and Marvin Gaye. “Nightshift” won the Commodores their first Grammy in 1985.

That hit marked the end of the Commodores stint with Motown Records. In 1990, they formed their own label, Commodores Records, and re-recorded their biggest hits for a two-volume compilation. There was also a live album and DVD, and a Christmas album. These days the Commodores are still out there, and Orange, King, and Nicholas are still part of the group, along with a five-piece band.