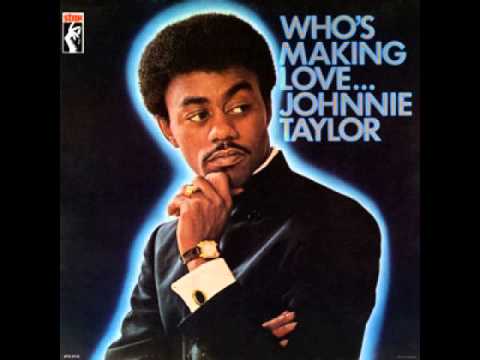 Stax Records was in a bad place as 1968 began. Otis Redding, the label’s biggest star, had been killed in a plane crash in a Wisconsin lake on December 10, 1967, just as he was poised on the brink of superstardom. Also killed in the crash were four members of Redding’s backing band, the Bar-Kays.

Also at the end of 1967, Atlantic Records was sold to Warner Brothers. Atlantic had been distributing Stax records since 1965 under the terms of a deal struck between Stax co-founder Jim Stewart and Atlantic’s Jerry Wexler. Unfortunately, Stewart didn’t read the small print and when he exercised his right to terminate the contract because his key-man Wexler was no longer at Atlantic, Stewart learned that the agreement that he had signed gave ownership of all the Stax masters to Atlantic. Stax was left with no product to sell. Zero, zip, nada. But something worse, something that transcended the business crisis at Stax was about to happen in the label’s hometown of Memphis.

Everyone at Stax was shocked by Redding’s death but the label was not unprepared to continue without him. Redding’s contract with the label was about to expire and Stewart fully expected that Redding would sign with one of the many major labels that were chasing him. But first, there was one more single, recorded a few weeks before Redding’s death, to be released.

“(Sittin’ On) The Dock of the Bay” was a song that Redding had written in the summer of 1967 while he was relaxing on a houseboat in Sausalito, California shortly after he had blown away a mostly white rock audience at the legendary Monterey Pop Festival. He worked on the song with producer Steve Cropper but it still felt somehow unfinished. After Redding’s death, Cropper came up with the idea of adding the sound of seagulls and breaking waves to the record and the rest is history.

“(Sittin’ On) The Dock of the Bay” was released on a new Stax imprint called Enterprise on January 8, 1968, and it streaked to the top of the R&B chart while making it to the #2 spot of the pop chart. Released the same day was Sam & Dave’s follow-up to their 1967 smash “Soul Man.” “I Thank You” proved to be another Top 10 R&B and pop hit for the duo. Despite the dark times, Stax had somehow risen from the ashes and under the leadership of label VP Al Bell, and there were some big plans for 1968.

Stax still had an impressive roster of artists. In addition to Sam & Dave (it would soon be discovered that they were actually signed to Atlantic and had only been on loan to Stax), the list included stalwarts like William Bell, Eddie Floyd, Booker T and the MGs, Rufus and Carla Thomas, Johnnie Taylor, and Albert King among many others. Somehow, despite everything that had happened, things were looking up at Stax. They might not have any of their old catalog to sell but they had plenty of artists to create new product. Then Dr. King was shot to death in Memphis on April 4. Things got tense across the nation but nowhere more so than in Memphis where the smoke from fires began to fill the sky.

Stax had always worn the diversity of its artist roster and staff as a badge of honor while acknowledging that the harmony that existed inside the Stax building didn’t necessarily translate to the outside world. The assassination of Dr. King brought the outside world closer to Stax. Eventually, the fires were banked but the tension remained on the streets of Memphis. The white musicians at Stax were so concerned about the threats they were receiving that they had to be escorted to their cars by the black musicians.

Bell made the critical mistake of hiring a tough guy from New York named Johnny Baylor to ensure the safety of Stax employees. The move worked in the short time but it would eventually bring the label to its knees several years later. Making matters worse was the dawning realization that the racial strife that had been kept outside of its doors had found its way into Stax.

Stax was in no position to wait though. There had to be new product if the label was going to continue to exist. And it was the artists who had been at Stax from its earliest days that delivered the hits.

“We were determined,” Stewart said. “The company really came together. It was do or die.”

It began with Booker T and the MGs and their hit “Soul Limbo” which was released in late May. Stax changed its label from the classic blue stack of records design to the yellow finger-snapping label and designated “Soul Limbo” as Stax 0001. The label was clearly indicating its desire to start afresh. The record went Top 10 on the R&B chart and Top 20 on the pop chart. Then William Bell and Judy Clay scored with “Private Number.”

Stax had a setback when Linda Lyndell’s “What a Man” was rejected by R&B radio demonstrating that racial tension remained high in the South and white soul singers were not welcome on black radio. As a result, Stax gave up trying to have hits by white R&B artists for quite a while.

“I worked my buttocks off to break that record,” Bell said. “Then I started hearing back. ‘That’s a white girl! Isn’t that a white girl?’ We never said to anyone she was white. Radio and retail were both saying it to us. It broke my heart. Momentum just kept decreasing from that point on.”

Johnnie Taylor got the label back on track with his smash “Who’s Making Love,” a song that had been previously rejected by six producers at Stax. Booker T and the MGs scored again with the theme song from the Clint Eastwood film “Hang ‘Em High” and the gold rush was on at Stax. Bell signed the legendary Staple Singers. The Soul Children were brought in to try to fill the void of Sam & Dave’s departure to Atlantic.

Stalwarts like Johnnie Taylor, William Bell, and Eddie Floyd continued to positively impact the bottom line. Delaney & Bonnie were doing their blue-eyed soul thing for the label too. But there were lesser known artists like the Charmells, Jeanne and the Darlings, the Mad Lads, Bobby Whitlock, the Epsilons, the Aardvarks, Jimmy Hughes, and Fresh Air doing their best to add to the Stax legacy.

A new five-disc set called Stax ’68 – A Memphis Story from Stax/Craft Recordings compiles every single released by Stax in the unforgettable year of 1968. There are 120 songs in all by the artists mentioned here and many others. The set was produced by Joe McEwen and the package includes a booklet with a powerful essay by Andria Lisle and Robert Gordon and another by Steve Greenberg. There are a host of great photos and the discs themselves are housed in sleeves that replicate Stax album covers.

You might think that you already own all of this music but you probably don’t. I base that on the fact that some of the artists represented are either unknown to me or forgotten in the mists of time. The other thing is that the set, with its accompanying essays, puts this music in the context of its times, and does so brilliantly. If you are a fan of Stax or soul music in general Stax ’68 is indispensable.