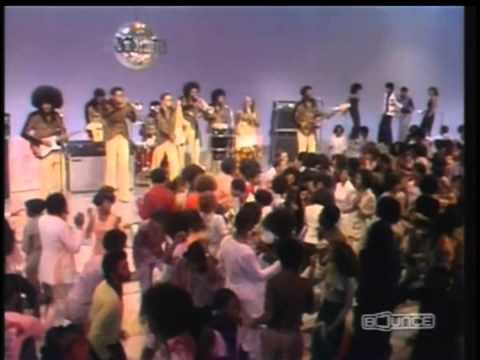 A little over four years ago I featured the L.A. band Rose Royce in this column. The focus of my story was their Top 5 1978 hit “Love Don’t Live Here Anymore.” But about a year earlier the band, which got their start in Watts under the name Total Concept Unlimited, had an even bigger hit when their debut single was included on the soundtrack album for the hit film Car Wash. The title track wasn’t the only Rose Royce hit from the Car Wash album either. “I Wanna Get Next to You” and “I’m Going Down” were also Top 10 R&B hits. But it was the “Car Wash” single that ascended to the very top of the Billboard Hot 100 as well as the R&B chart.

Car Wash (the film) was directed by Michael Schultz who was also responsible for the 1975 hit Cooley High. Schultz had the good sense to enlist the legendary Motown producer Norman Whitfield to produce the Car Wash soundtrack. Whitfield was hesitant at first but eventually he was swayed by two factors. First of all, the album would provide an opportunity for the new band, Rose Royce, that he had signed to his own label, TCU, in 1975. The other factor? Well, it was pretty apparent that the film and its accompanying soundtrack would be a financial windfall for those who were involved.

Legend has it that Whitfield had trouble coming up with a title track for the film until one day while playing basketball the idea came to him. It is said that he wrote the first draft of the lyrics for “Car Wash” on a paper bag from a fried chicken place. If you’ve seen the film, and who hasn’t, you know that the title song set the tone perfectly for it. Gwen Dickey a.k.a. Rose Norwalt sang lead for Rose Royce and she was ably assisted by guitarist Kenji Brown.

The “Car Wash” single sold two million copies and held down the #1 spot on the Billboard Hot 100 for a week in January 1977. The entire Whitfield-produced album was comprised of Rose Royce songs and also spawned the two other aforementioned hits. That year, the Car Wash soundtrack album won a Grammy Award for Best Score Soundtrack Album.

Rose Royce continued to move forward with hits like “Do Your Dance,” “Ooh Boy,” “Wishing on a Star,” “I’m in Love (and I Love the Feeling),” and “Love Don’t Live Here Anymore” before releasing their final album in 1979. Dickey left the band the following year and it seemed to mark the end of the road for the band but the other members eventually reunited and had some success as a touring act.