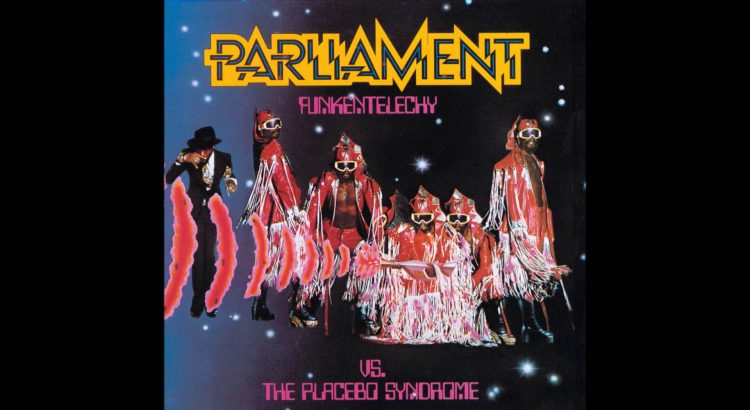 Three years ago in this column, I wrote about a group called the Parliaments. My story spoke about how they got their start in the back room of George Clinton’s barbershop in Plainfield, N.J. in the late 1950s, and how they scored a big hit in 1967 with a record called “(I Wanna) Testify,” which was released on Revilot Records.

The success of “Testify” meant that Clinton could expand the Parliaments vocal group to include five musicians and five backup singers. But there was trouble with Revilot, and the label enjoined Clinton from using the name Parliaments. In response, Clinton took the personnel he had and created a funk rock band called Funkadelic.

Revilot went out of business, which allowed to use the name Parliaments again, and he relaunched the group (with the same members as Funkadelic) and called it, simply, Parliament. The two bands were signed to different labels and played slightly different styles, but it was all funky. The first Parliament album, Osmium, was released in 1970. “Breakdown” managed to hit the Top 30 on the R&B singles chart the following year, but contractual problems continued and Clinton retired the Parliament name again.

New members continued to join the family during this period including keyboard player Bernie Worrell, guitarist Gary Shider, and bass player Bootsy Collins, who had been playing with James Brown. In 1974, Clinton brought Parliament back and signed the group to Casablanca Records. At that point, there was a definite stylistic difference between Parliament and Funkadelic. While the former found an R&B funk style that featured horns and complex vocal arrangements, the latter was pure guitar-driven funk. For touring purposes, the two groups became a juggernaut known as Parliament-Funkadelic.

Parliament found chart success with the albums Up for the Down Stroke in 1974, and Chocolate City the following year. The group’s most successful era in 1975 with the release of Mothership Connection. It was that album that began the lyric mythology that continued through Clones of Dr. Funkenstein (1976), Funkentelechy Vs. the Placebo Syndrome (1977), and Motor Booty Affair (1978). All of the albums found lofty positions on both the R&B and Pop charts and “Flash Light,” a song from the Funkentelechy Vs. the Placebo Syndrome, became a #1 R&B hit for the group in 1978.

“Flash Light” was written by Clinton, Worrell, and Collins, and found crossover success in the Top 20 on the Pop chart. In addition to being the first #1 hit for any group in the Clinton stable, it was the second million-seller for Parliament, following “Give Up the Funk (Tear the Roof Off the Sucker).” Bernie Worrell was the star of the “Flash Light” show, crafting the song’s distinctive bass line on a set of synthesizers, and playing all of the keyboard parts. Collins, who ceded the bass parts to Worrell for the song, played drums instead, and his brother Catfish was the rhythm guitarist. Clinton sang lead and recorded something like 50 vocal tracks for the song’s distinctive “Da da da dee da da da” refrain. And by featuring Sir Nose D’VoidofFunk, “Flash Light” continued the lyric mythology that began on Bootsy’s “The Pinocchio Theory.” “Flash Light” was and is one of the most influential records in the history of funk and hip-hop music.

The empire kept growing but Clinton’s management style was somewhat questionable and by the end of the ’70s original members of the Parliaments were jumping ship. Fuzzy Haskins, Calvin Simon, and Grady Thomas, all of whom had been with Clinton in that barbershop in Plainfield, left in 1977, and it wasn’t a pleasant parting of the ways. Glenn Goins (guitar) and Jerome Brailey (drums) left around this time too. Gloryhallastoopid (1979) and Trombipulation (1980) failed to achieve the kind of success that Parliament had in their prime period. In the early part of the 1980s, Casablanca Records was having problems, and legal difficulties were looming as Clinton opted to disband both Parliament and Funkadelic as touring and recording acts.

Clinton didn’t quit, however, recording solo albums with a number of the musicians who had played in later versions of the two bands. The P-Funk All-Stars continue to tour with Clinton to this day, performing Parliament and Funkadelic songs.