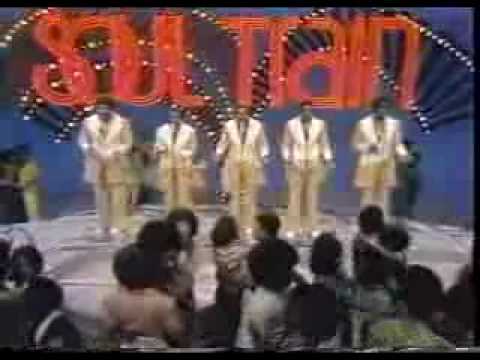 “Linda Creed was such a sweet young lady. She started out wanting to be a singer and she wasn’t a bad singer but she was a great, great writer. All you have to do is listen to her lyrics like on “Betcha By Golly, Wow.” Listen to those lyrics and see how she was able to make those lyrics like that. Look at her lyrics on “I’m Stone In Love With You.” These are great concepts. Her and Tommy Bell were meant for each other.” – Kenny Gamble

You may not know her name and yet she was responsible, in part, for some of your favorite records. The more you learn about Linda Creed, the more you realize just how extraordinary her journey was from the Mt. Airy section of Philadelphia to the top of the pop and soul charts. Her journey was as unlikely as it was spectacular.

Creed was born Linda Epstein in Philadelphia in 1948 and attended the city’s Germantown High School. Her ambition was to be a singer and she was still in high school when she realized that ambition by singing in a group called Raw Soul. Among the venues that the group played were the Philadelphia Athletic Club and Sid Booker’s Highline Lounge.

When she finished high school, Creed, like so many others before her, headed up the Turnpike to New York City to realize her dreams. She got a music business job working as a secretary for Mills music and in her spare time she worked on developing her lyric writing skills. But her dreams, like those of so many before her, died on the streets on the Big Apple and she returned home to Philadelphia, feeling defeated, eight months later.

All was not lost, however. Creed refused to give up and she was only 22 years old when her break came as Dusty Springfield recorded Creed’s song “Free Girl.” At around that time, Kenny Gamble and Leon Huff had gotten Philadelphia International Records off the ground and had formed a subsidiary company called Mighty Three Music. The third member of the trio was songwriter/arranger Thom Bell. Creed was signed to Mighty Three Music and she began working on songs with Bell. In 1971, Bell was producing the Stylistics and one of the songs they chose to record was a Bell/Creed composition called “Stop, Look, Listen (To Your Heart).” The single was a hit, reaching #6 on the Billboard R&B chart and crossing over to Top 40 success on the pop chart.

It was the beginning of an incredibly successful collaboration between Creed, Bell, and the Stylistics. Other collaborations included the hits “You Are Everything,” “Betcha by Golly, Wow,” “Break Up to Make Up,” “People Make the World Go Round,” “You Make Me Feel Brand New,” and “I’m Stone in Love with You,” the latter written with Anthony Bell. But the Stylistics were not the only group who had success with Bell/Creed songs. Bell also worked with the Spinners and they had hits with “Ghetto Child,” “I’m Coming Home” (with lyrics that were inspired by Creed’s time in New York), “Living a Little, Laughing a Little,” and “The Rubberband Man,” all written by Bell and Creed.

Creed got married in 1972 and her string of hits continued with tracks by Johnny Mathis (“Life is a Song Worth Singing,” later covered by Teddy Pendergrass), Phyllis Hyman (“Old Friend”), and others. In 1976, Creed and her husband, along with their baby daughter, left Philadelphia to live in Los Angeles. The future must have seemed bright but there were dark clouds on the horizon. That same year, Creed underwent a radical mastectomy after being diagnosed with breast cancer.

Not long after the surgery, Creed was asked to write the lyrics for a song (Michael Masser wrote the music) that would appear in a film that was being made about the life of Muhammed Ali. The song, first a hit for George Benson and then turned into an even bigger hit by Whitney Houston ten years later, was “The Greatest Love of All.”

By 1980, Creed and her family, which now included a second daughter, were back in Philadelphia. There, she had more success with Pendergrass (“Hold Me,” a duet with Houston), Johnny Gill (“Half Crazy”), and others. Over the years Creed’s songs have been covered by artists including Roberta Flack, Rod Stewart, Smokey Robinson, and Michael Jackson.

Whitney Houston’s version of “The Greatest Love of All” was released on March 18, 1986. Linda Creed lost her long battle with cancer less than one month later. I would like to think she knew that her lyrics, which were written while she was struggling with cancer and dealt with trying to cope with the challenges that life brings, helped to take the single to the top of the charts. It was one last beautiful message that Creed left us as her all-too-short life came to an end at the age of 38. A short life surely, but just as surely one of incredible achievement.

In 1992, Linda Creed was posthumously elected to the Songwriters Hall of Fame.