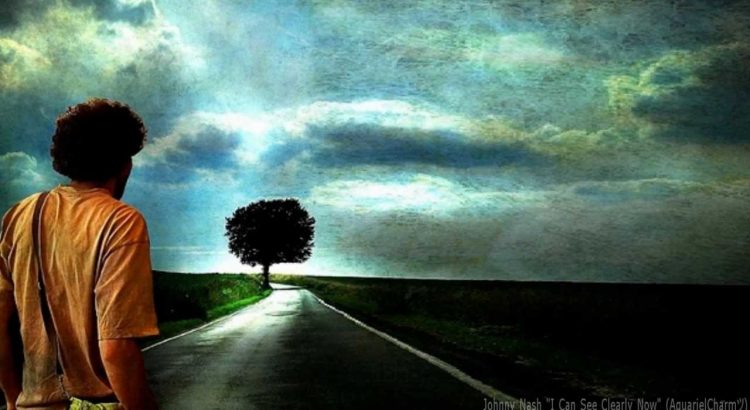 I think it’s fair to say that for many Americans reggae began and ended with Bob Marley and the Wailers. Marley certainly deserves his due for spreading the music to this country and the world but the fact is that reggae has a history that pre-dates Marley and has continued after his untimely death. At a time when reggae was strictly the purview of Jamaican musicians, one American singer took a reggae song to the upper reaches of the charts.

Johnny Nash was born in Houston and began his career as a pop music singer in the 1950s. He signed with ABC-Paramount Records and released his self-titled debut album in 1958. In the six years that followed, Nash released singles on a variety of labels including Warners, Chess, and Argo in addition to the four albums he made for ABC-Paramount. The biggest hit he had in these years was “The Teen Commandments” which Nash recorded with Paul Anka and George Hamilton IV in 1958. The single reached #29 on the pop chart. The following year, Nash’s version of “As Time Goes By” just missed the Top 40.

Most of Nash’s other singles of the era either failed to chart completely or didn’t make the Top 100. In 1965, Nash founded JODA Records with his partner Danny Sims. One of the label’s early signings was the Cowsills, the family band that went on to have hits for MGM Records.

It was Nash’s visit to Jamaica in 1968 that lit the spark for his biggest hits. While Nash was there he was introduced to Bob Marley and the Wailing Wailers as they were then known. Marley, along with Bunny Wailer, Peter Tosh, and Rita Marley introduced Nash to the local music scene. In return, Nash signed the four musicians to a contract with a label he had formed called JAD. Unfortunately, no hits emerged from the sessions that JAD financed but Nash himself had a Top 10 hit with rocksteady-flavored “Hold Me Tight” in 1968. That same year, “You Got Soul” reached #58.

Nash never forgot what he had heard in Jamaica, and during a trip to London in 1972 he recorded a song he had written called “I Can See Clearly Now.” The record, which Nash produced, clearly employed the reggae sound that had inspired Nash when he worked with the Jamaican musicians. On November 4, 1972, “I Can See Clearly Now” reached the top of the Billboard Hot 100 and remained there for four weeks. The record sold over a million copies and was awarded a Gold Record by the RIAA.

The album that followed, also called I Can See Clearly Now, featured four songs written by Marley. One of them, “Stir It Up” (a song later made famous by Marley himself) was a #12 hit for Nash. He would never put another record into the U.S. Top 40, but his 1975 cover of the Little Anthony and the Imperials classic “Tears on My Pillow” did top the U.K. chart.

In addition to his career as a singer, Nash appeared as an actor in several films and TV shows.