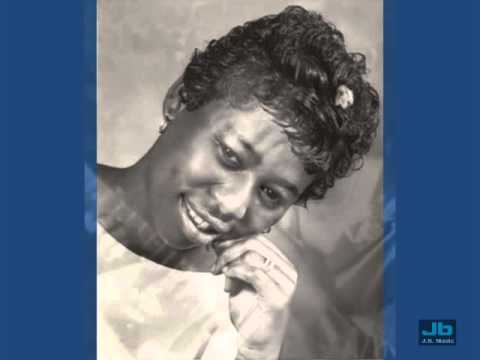 It’s one-hit wonder time again and once again that one hit was a monster that inexplicably never found a follow-up. This time the record came out of New Orleans and set the national charts on fire, topping the R&B chart and finding Top 5 crossover success on the Pop chart.

Barbara Ann Smith came from New Orleans fabled Ninth Ward and got her singing start in the choir at her Baptist church. What set her apart from other young singers was that Smith was already writing her own songs at a young age. Another thing she did at a young age was to get married when she was 16 years-old and become Barbara George.

Somewhere along the way, George made the acquaintance of Jessie Hill, another Ninth Ward resident who had a smash hit with “Ooh Poo Pah Doo” in 1960. Hill was impressed enough to get an audition for George with the legendary record producer Harold Battiste who in turn was sufficiently impressed to sign George to his AFO (All For One) record label.

Some accounts claim that “I Know (You Don’t Love Me No More)” was written by George’s mother, Eula May Jackson. But the credit on the record belongs to George so I’m going to stick with that. Battiste produced a session that was split between George and another Battiste signing, Prince La La. They recorded at Cosimo Matassa’s J&M Studio and the backing band included Roy Montrell on guitar, drummer John Boudreaux, and cornet player Melvin Lastie. With all of those iconic New Orleans figures on board, George’s record couldn’t miss … and it didn’t.

“I Know (You Don’t Love Me No More)” was inspired by the traditional hymn “Just a Closer Walk with Thee.” Battiste had a distribution deal with Juggy Murray at Sue Records and that allowed the single to achieve national distribution in 1961. When the record became a hit, Murray began to court George, finally convincing her to leave AFO and sign directly with his label. She released one last single for Battiste, “You Talk About Love,” but it failed to crack the Top 40. Soon after that, Battiste left New Orleans for Los Angeles and George’s career floundered.

There were several singles for Sue including “If You Think,” “Send for Me (If You Need Some Lovin’),” and “Recipe (For Perfect Fools),” but they all lacked the passion and charm of George’s AFO efforts. When “Something’s Definitely Wrong” failed to make a mark in 1963 Murray cut George loose. Her failing career led to drug and alcohol abuse that left George in the wilderness until she mounted a comeback in 1967.

She gave it her best shot, signing with Seven B Records and getting Eddie Bo to produce her single “Something You Got,” but when the record failed to chart George call it a day, retiring from the music business to concentrate on raising her three boys. There were a couple of singles for the Hep label in the late ’70s, “Take Me Somewhere Tonight,” and “This is the Weekend,” but they would prove to be the last recordings that George would make.

Barbara George, a born-again Christian, returned to where she got her start, her church choir. But somewhere along the way she had contracted Hepatitis C. She fought the disease for more than ten years before succumbing in 2006, a few days before her 64th birthday. George’s song, “I Know,” has been covered many times over the years including versions by the Newbeats, Cher, Bonnie Raitt, Ike & Tina Turner, Anne Murray, and Steve Marriott.