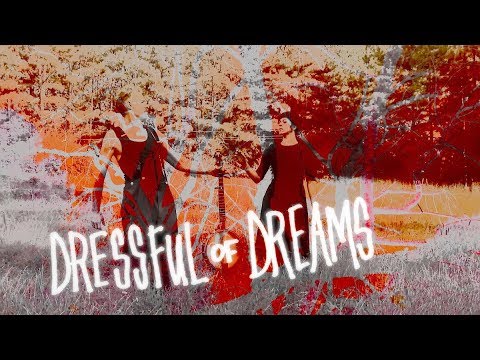 Antique-garde aficionados, take note: The Bipeds has arrived.
The Bipeds is a dance-theater company/rock and roll band under the artistic direction of choreographer/dancer Stacy Wolfson and Curtis Eller, the banjo-playing madman at the head of the American Circus. Wolfson and Eller combine the best of both disciplines, blending movement and song in an intoxicating hybrid for the senses.
The duo has been working on a suite of music/dance duets that it has showcased in a variety of theaters, festivals and music venues in North Carolina, Virginia and New York. That served as the foundation for the evening-length show called “54 Strange Words,” which premiered at The Fruit in Durham, N.C. this June.

In the year leading up to the show’s premiere, The Bipeds tracked an album of strange, psychedelic banjo music and several haunting companion videos. The videos, one of which we premiere here today, were shot and directed by award-winning filmmakers Jim Haverkamp and Alex Maness of Shadowbox Studio, and the album was recorded by acclaimed producer Joseph Dejarnette of Studio 808A.