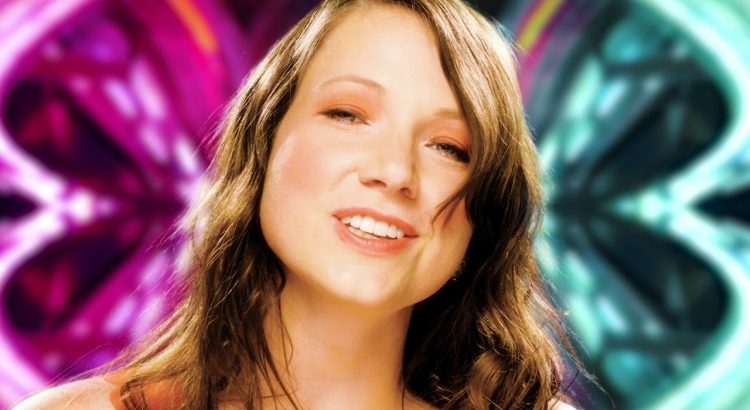 As 2019, let alone this decade, heads into the final stretch, a bumper crop of epic new releases will sprint to the finish with hopes of winding up in your Spotify playlist or on your record shelf. Other Americans, the second self-titled EP from a band of the same name, lands October 1 as one of the strongest records of the year. The 5-track + 3 remix collection makes up in hooks, power, sweetness, and stardust for what it lacks in length.

While the band takes its EP naming strategy from Weezer, sonically they echo edgy femme fatale-fronted synth rock acts from the 80’s (Kim Wilde, Scandal, The Motels), the 90s (Garbage, Elastica, Sleeper, Republica) and the 2000s (Goldfrapp, The Ting Tings, early Charli XCX). Julie Berndsen (vox), Brandon Phillips (guitars, synths), Adam Phillips (drums), and Michelle Bacon (bass) hail from Kansas City and Lawrence and just might be the best retro forward band to emerge from flyover country since Omaha’s The Faint. Prior to Other Americans, the Phillips brothers (along with their brother Zachary and a rotating cast of bruisers) were in the ska/punk band, The Gadjits (purveyors of some epic albums back in the day on Rancid’s Hellcat Records).

“Neon Sunrise” is a gorgeous video that gives the high concept, high production value videos of Lady Gaga, Katy Perry, and Beyonce a run for their money. Popdose is proud to present the World Premiere here:

“After making the video for Other Americans’ ‘Make Me Afraid’, we jumped at the chance when they asked us to tackle ‘Neon Sunrise’,” said directors Todd Norris and Mitch Brian. “Rather than resorting to nostalgia or kitsch, we created a world of mirrored cityscapes that owes a bit to Blade Runner. Giant projections of the band tower over the lonely citizens of the streets below. Berndsen breaks the boundaries of her 2D projection screen to connect with our lonely heroine and becomes her neon sunrise.  In the end, it’s about how music can throw us a lifeline when we feel alone.”

The delicious first single whets the appetite for bountiful surprises the EP delivers. “Our process definitely got more fun in writing this record – there was way less hemming and hawing about direction and more following the path of whatever felt good to play,” Brandon Phillips said in the EP release announcement. “I got to play sitar-style parts. I got to play slashy, angular Gang of Four/Wire type guitar bits. I got to play giant-ass Lady Gaga synths. Getting to do all those things on one record is so close to Paradise Syndrome for me that I’m worried I’ll sound like a dick talking about it.”

The EP’s three remixes come courtesy of Brandon’s Mensa Deathsquad EDM project. “Brandon took a different approach to each of the songs and made them truly into dance tracks,” Julie said. “This was something that should have happened on the last record,” Brandon added. “We talked about it but it never came true. I am eternally grateful for bandmates that can indulge me this way because I just love the way the remixes came out.”

Hungry for more, check out ‘Make Me Afraid’ from the first Other Americans EP: