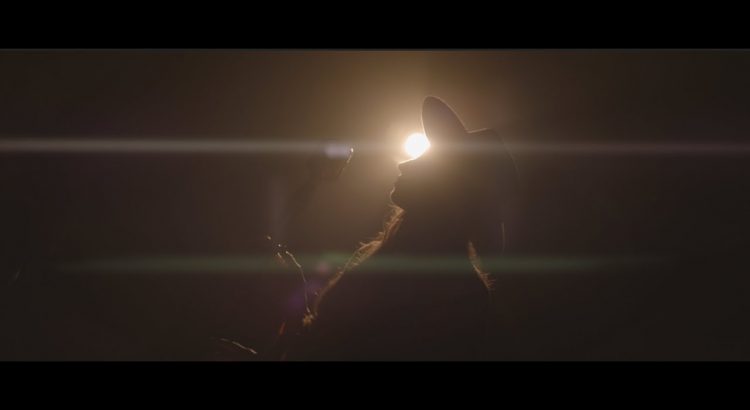 Tonight, if the clouds above play nice, you’ll see the Wolf Moon; stand still listen close, and from further up in the heavens you just may hear the angelic official lunar soundtrack, courtesy of Angela Perley. Howlin’ moons, starry nights, dark forests, and long and winding roads are the perfect tapestries for her dreamy mix of Americana, classic Country/Western, and modern Rock & Roll. Perley hails from Columbus, Ohio and has been steadily breaking hearts and winning fans nationwide; one dusty tavern, town hall, and occasional arena gig at a time.

Popdose is proud to premiere the new video for ‘Don’t Look Back Mary’, the latest single from 4:30, Perley’s exquisite album that recently landed in our Top 10 Albums of 2019 countdown.

Angela’s been placing albums in Popdose’s year-end best-of list as long as we’ve been doing them, starting with Hey Kid in 2014 and Homemade Vision in 2016. Much like ripples when a tossed stone hits a still pond, Perley has been spreading her gospel one self-promoted gig a time around Ohio and as far out as San Antonio, Colorado and Boston. But even then, a few Buckeyes will take root in then crowd. “I feel like wherever we go, there’s someone from Ohio that’s there at the show,” Perley told us in a phone call last summer. “They either travel there or have some kind of connection. I feel like each show we play, we kind of grab maybe a couple people from each town. It’s been a slow build over over the last 10 years.”

In a way, the video for this single helps Perley deliver an experience to the audience she can’t capture on stage. “It’s one of the softer songs on the album, and it is hard to pull off live with all the piano and violin parts that we don’t have with our regular four-piece,” Angela said. “It really needed another realm it could exist in. Amber Thompson directed and edited and we really hit it off from the very beginning with the vision for this video. We wanted to keep things really simple and just capture the emotion and vibe of the song.”

While other Ohio legends like The Black Keys and Nine Inch Nails started local and then relocated, Perley’s heart and feet remain planted in the thriving Columbus art scene. “I received a grant from the Greater Columbus Art Council to bring this video to life. They have an art campaign going on in the city (#artmakescbus) that is really special and helps out tons of artists and musicians. They go above and beyond to promote art in Columbus — from helping artists through grants to advertising musicians and artists on billboards around town and in the airport. It’s really made a big impact on the community here.” The video was filmed at the Early Television Museum in Perley’s hometown of Hilliard and at Loose Films Studios in Columbus.

4:30 is available on Amazon and direct from Angela. For tour dates, new releases, and dreamy vibes, connect with Angela Perley via her official website and store, on facebook, Instagram, and twittter. Cover picture by Cate Groubert.