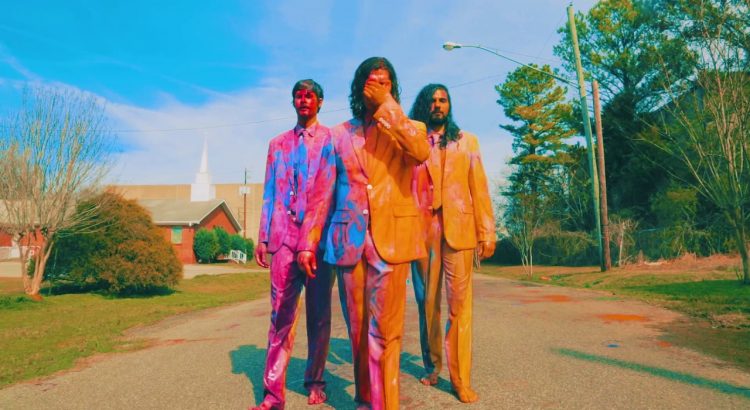 If you’re craving a throwback moment to those early-2000s glory days when punk blended with the post-grunge apocalypse spawning bands like Fuel and bastards like Nickelback, the Burning Peppermints are here for you. The Birmingham, Alabama, natives’ sound blends the buzzing drone of bands like Soundgarden with a touch of Blink-182 in their sneering, snotty vocals.

To say they’re unlike any artist on Top 40 radio today is true; to say they’d be right at home on the 2001 Billboard charts is also true — and that’s a great thing. For a generation just hitting the point of nostalgia for their formative years (meekly raising my hand over here), the familiarity their music evokes is topped only by their adventurousness, pushing the envelope further and further.

Their video for their new single, “Don’t Try to Lie to Me” recalls the virality of bands like OK Go and their wacky video concepts. Instead of being completely off-the-wall, however, the Burning Peppermints’ colorful concept featuring buckets of paint on white suits forces the viewer to keep watching (even if frontman Jake Wittig wiping his eyes every other second does make your own eyes ache in sympathy).

For an audio and visual treat, check out the Burning Peppermints’ video for “Don’t Try to Lie to Me” below!