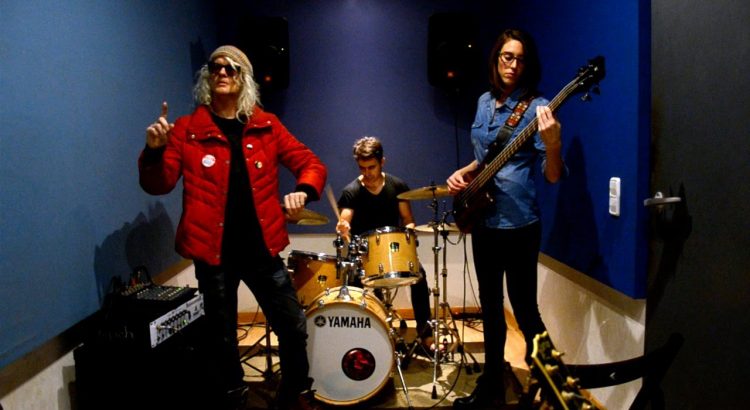 The joyful maven of neo-psychedelic pop and general weirdness, Anton Barbeau, is back again – hard at work on finishing up his newest release, an E.P. of covers – plus this one original, which Popdose is pleased to present to you visually.  Here’s Anton in his own words on the song and the video for “Secretion Of The Wafer”:

“Japanese sex robot in blonde wig sings the greatest song ever about crowd funding.”  There’s your headline. Meanwhile, about the video…  It’s got chickens! In slo-mo! And Jesus and Mary! And a Spanish band!  It almost has a pair of identical twins in as well.

This version of the song is from my new EP on Fruits de Mer, Heaven is in Your Mind.  The other songs on the E.P. include my covers of Bowie, Big Star and Traffic tunes, but “Secretion…” is as all-me as I can get. I wrote it on the shore of the lake pictured on the E.P. cover, in Graus, Spain, during the filming of a documentary about me that is, at the moment, all footage, no plot.  Oh, that’s my life story!

Hope you enjoy the film we made. It’s got chickens!”

What more can you ask for?  For Christ’s sake, it has poultry.  Now dig in…

Heaven Is In Your Mind is currently available