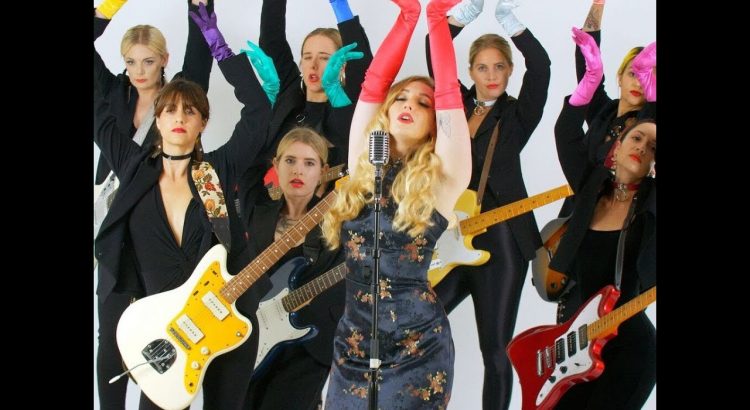 Popdose is happy to introduce you to someone new – Paige Calico – and to share her latest video, “Arm Candy” – yet another of our “choice picks”!

To give you a quick glimpse into her story, she’s been described as “nostalgia in its sweetest form.” Her songs are a haunting blend of self-searching and wry wit in the face of life’s peaks and troughs. Ms. Calico grew up on a lake in rural New Jersey and eventually moved to Boston to attend Berklee College of Music. While there, she began her stint as one half of folk duo, The Dwells. They self-released two records and spent a year touring across the country in a Chevy Coachman. Eventually, they parted ways, and simultaneously she began working alongside iconic music photographer Henry Diltz, leading to her move to the golden state of California, where she now calls home.   Her sultry, smoky voice demonstrates a maturity and ease, swirling around shimmering guitars and vintage synths. Her lyrics are humble and human, examining powerful notions of life, love and uncertainty.  That eternal search has lead Paige Calico here, and from this place her journey truly begins.

Of this new track/video, Ms. Calico states, “Our society can very easily pigeonhole women into feeling like they have a certain role to play and if you choose to sway from it there will be ridicule… or you’ll end up a cat lady alone forever. But there is nothing wrong with going off the beaten path (& cats are rad) and solitude is healthy, not a state of doom. It’s about staying true to you and if a little weed and whiskey helps, go for it.”

As always, we’d like to know what you think!