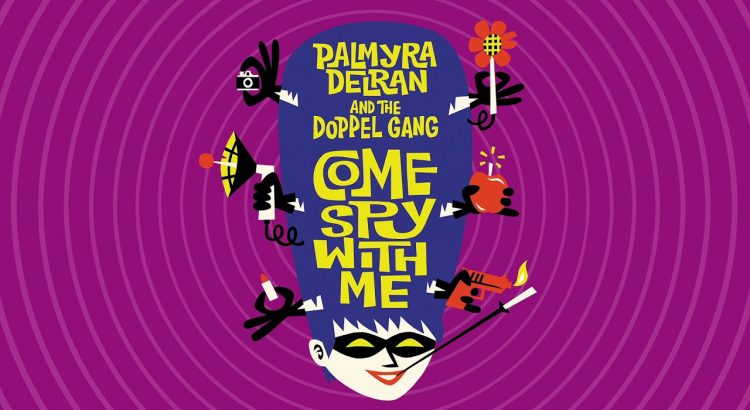 Guitar rock diva, songwriter, on-air personality and masterful entertainer Palmyra Delran is inciting espionage and bringing fans along for the ride with the announcement of her new album, Come Spy With Me, and the release of its title track. While the single, “Come Spy With Me” featuring Little Steven, Debbie Harry, and John Carlucci (Fuzztones) lyrically hints at history repeating itself within today’s political climate, it sonically ties in elements of the punk rock scene from the ’60’s and ’70’s.  Popdose is both pleased and proud to bring this dynamic artist/goddess’ latest to you!

When she’s not writing, recording, or touring, Ms. Delran brings the rock to the people as host of “Palmyra’s Trash-Pop Shindig” on Little Steven’s Underground Garage channel on SiriusXM which airs Sundays from 9 a.m. -1 p.m. (EST) and delivers a rebellious range of sweet surf sounds, rambunctious rock n’ roll and everything in between – the sort of eclectic lineup listeners have come to expect from the host Little Steven calls “the Lucille Ball of rock n’ roll.”

Delran’s forthcoming full-length release, Come Spy With Me, catapults the trash-pop maven from the garage into the driver’s seat of the most souped-up set of wheels this side of 007’s Aston Martin – strap in and enjoy the ride! We’re ready for the blast-off as we really dig this single – we’re pretty sure you will, too.

Come Spy With Me will be released on Friday, November 9th, 2018