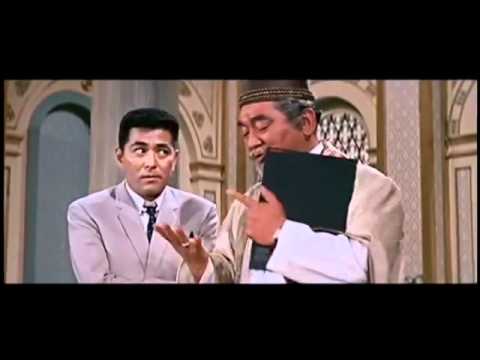 For more than sixty years now, Woody Allen has been an icon in the comedy world. Lately, though, it’s obvious that he’ll likely be remembered just as much for his questionable personal life instead of his films. I understand that’s for the best. (It’s important to hold people accountable for their actions.) But that does miss how much of a mark he left on American comedy.

For about thirty years or so, Allen was considered not just a comedy legend but one of America’s best exports. People LOVED this guy. He had a worldwide fanbase. He beat Star Wars for Best Picture. Sure, there were occasional slumps, but he always rebounded with another great script and a great movie that would allow Allen to reclaim his throne.

And frankly, I’ve never understood why.

I don’t necessarily hate Allen. I’ve just never understood what, exactly, people saw in him. Some of his films are great. (Love and Death, Sleepers, Radio Days, and Midnight in Paris are my personal favorites.) But a little of his schtick goes a long way. Also, his screen presence has always been off-putting to me. He comes across more as a nerdy YouTuber whining about the fact women don’t fancy him and his characters are impossible to relate to. I know that’s part of the joke, but it’s the same joke he’s been making for decades now. As he got older, I was forced to ask why he never seemed to learn from his mistakes. I’ve also never understood why Annie Hall still gets the attention it does. Sure, it’s perfectly watchable and has some good gags. But I don’t understand why people hold it up as an unimpeachable comedy classic. Finally, Allen seems to be the person most responsible for the concept of New York City being full of upper-class snobs who don’t care what happens beyond the New Jersey Turnpike. As time goes on most of his filmography becomes increasingly dated.

Besides, he doesn’t seem nearly as original now that Larry David has kept Curb Your Enthusiasm going for ten seasons.

Overall, I prefer the Woody Allen that mocked specific features and film tropes, be it the sci-fi dystopia or the autobiographical film essay. Allen used to constantly search for the link between the items considered high art (like jazz music and classic Russian literature) and low art (like most movies). Even Annie Hall started out as a spoof of murder mysteries until the editor told him that only the romance subplot was any good.  And that leads me to What’s Up, Tiger Lily?

Allen’s producers (including famed schlockmeister Samuel Z. Zarkoff) bought a Japanese James Bond spoof called Key of Keys with the intention of releasing it in the U.S. But they felt the movie was too confusing as it was, so they hired Allen (fresh off the success of writing and costarring in What’s New Pussycat) to write a new comedy script to dub over the original dialogue.

The idea of having someone mock a movie wasn’t new. Throughout the 1950s, television stations played old horror movies and started building shows around them. They hired hosts to introduce the movie and occasionally cut in with their own commentary. The Vampira Show is likely the most famous example of this phenomenon, but New York City had a guy named John Zacherle who did pretty much the same thing. Allen seemed to take inspiration from these horror hosts and has the same ironic love of the film he’s mocking.

Additionally, this dubbing trend wasn’t completely new. Americans didn’t see the original Godzilla in theaters for 50 years. I can’t count how many kung fu movies were released in the U.S. and how utterly asinine the dubbing was. I suspect many kung fu fans aren’t just fans of the fight scenes but rather just how ridiculous the new script makes the movie. Finally, the concept captures Allen’s primary obsession at the time – mocking junk culture and spoofing Hollywood trends. (During his introduction, Allen jokes that Gone with the Wind was shot in a foreign country and then dubbed over.) And he’d have a directorial effort on his filmography without having to direct anything.

Too bad the results are about as funny as a rendering plant.

What’s Up, Tiger Lily? doesn’t work, mainly because it never decides what it wants to be. Allen and his team barely make any jokes and doesn’t try to score any points against the film. Sometimes, his dubbing job doesn’t acknowledge what’s happening on screen. Other times, it doesn’t sound like a joke, but rather like a serious effort to dub the movie. Sometimes it’s meta (one character states the director and his wife are doing their cameo as a random couple walks across the frame) and the characters acknowledge they’re in a movie. Sometimes they don’t. It’s so confused and weird.

It should be easy to mock Key of Keys. It owes just as much to the 1960s Batman television show as it does to James Bond. The one big mistake the film makes that prevents it from becoming a camp classic is that it has no individual personality. The characters are utterly forgettable and there are no memorable scenes. In order to work, the movie needs a Torgo equivalent so that it would stand up on its own as a comedy. The jokes Allen dubbed over would just be the icing on the cake.

The film stumbles out of the gate by showing scenes from Key of Keys undubbed with no subtitles. I can’t figure out why. Presumably everyone knew what they were getting into and the introduction was not necessary. It plays more like an Andy Kaufman prank that would force people to make sure they walked into the right theater. Unfortunately, it’s a sign of things to come.

The redubbed plot involves a Japanese James Bond womanizing character trying to recover the stolen recipe for the perfect egg salad. No, seriously, that’s it. The concept of a James Bond figure involved in a mundane adventure can be made to be funny. But that seems to be the only joke anyone could think of for the movie. Why, exactly, is this egg salad recipe important? What are the stakes involved in getting it? Why should I care if a villain ends up with the recipe? Is the joke that I shouldn’t care? If it is, then why am I bothering with this? It doesn’t even get Bond tropes right. The person who created the egg salad recipe is said to come from “a fictional, but real sounding country.” James Bond was already well known for his globe-trotting adventures and how the producers got to film in exotic locations. For that joke to work, you’d need it to be someplace mundane but real. (I don’t know what place would work…maybe Skokie, Illinois?)

Later spy spoofs acknowledge how ridiculous Bond villains are and that such people could never possibly exist. But despite that, we still wanted to see Austin Powers defeat Doctor Evil. The film doesn’t do enough to make me care about the characters. (Also, I don’t particularly find egg salad to be funny, like the movie does.)

The strange thing is that a lot of dubbed dialogue could be mistaken for a serious effort. (“Is sex all you think about,” one woman asks the Bond stand in.) And in those moments, What’s Up, Tiger Lily becomes…not great, but it’s a very interesting time capsule of 1960s popular culture. To be clear – there were a lot of studios around the world that wanted to emulate the Bond franchise. For example, the Gaumont Film Company in France revived the Fantomas series and took many notes from Bond. Even the U.S. created their own Bond knock off with In Like Flint. These films had to be produced very quickly and were rushed to theaters. If Key of Keys doesn’t make sense and seems more focused on showcasing expensive suits and beautiful women, that’s by design. It’s a great representation of how studios jumped on major this even before the blockbuster era.

But, as I stated earlier, the film is lacking is any personality. Think of two major things Bond films always bring to the table – classic villains and memorable Bond girls. No matter how silly they are, we care about them. This film doesn’t have the equivalent of an Oddjob or even a Xenia Onatopp. I was also reminded of Suzuki’s Branded to Kill, produced around the same time. It’s a movie with memorable characters and great, if bizarre, action sequences. The stakes and conflict are very well established. And frankly, I believe it would have made for a better spoof. Yes, it’s a classic that has inspired a lot of independent filmmakers, but it has the personality Key of Keys is missing. Can you imagine what Allen and his writing crew would have to say about a guy who is sexually aroused by the smell of rice cooking? What’s Up, Tiger Lily? fails as a spoof, because Allen and his crew are forced to make jokes over weak material.

There is one great moment in the film. About halfway through, Key of Keys cuts off and returns to Allen and his producer in the studio. The producer asks if Allen would like to summarize the plot for the audience since the film is difficult to follow. Allen responds with a simple, “No.” You can’t find a better way to sum up the film. Allen doesn’t have his heart in the project and doesn’t care how if audiences will like his idea. Part of this wasn’t his fault – he apparently wanted it to be a standalone TV special and the original version was padded with footage of rock band Lovin’ Spoonful without his involvement.  But I can’t imagine it working at any length. The film doesn’t have nearly enough to make it interesting or funny. Fortunately, Allen learned his lesson very quickly.