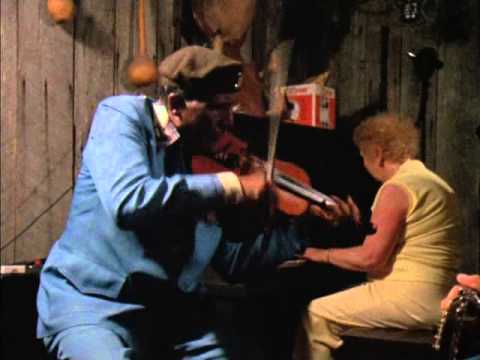 In a career spanning 34 years, director Terry Zwigoff has only directed four major films. His 1994 feature Crumb may be the greatest American documentary ever made. He followed that up with the Oscar nominated Ghost World, which was the first coming of age film for millennials. Then he directed Bad Santa, a film so brutally dark humored that even Harmony Korine would find the characters and the plot unwieldy. Yet it still became a holiday classic and revived Billy Bob Thornton as the ultimate misanthropic actor. (Zwigoff had nothing to do with the belated sequel and called it “beyond-my-wildest-dreams awful.”) His last feature to date was Art School Confidential, which if I can recall correctly, featured hallmarks of a film like a cast, a script, and scenes that were shot using a camera.

After Art School Confidential failed at the box office and failed to garner a positive response from his critics and fans, he seemingly disappeared from the industry, only re-emerging to direct a TV pilot for Amazon.

Part of his disappearance has to do with the same struggles even independent filmmaker increasingly faces. But a lot of it can be explained by the people he’s interested in, like Robert Crumb and Ghost World’s Seymour. Zwigoff is an eternal outsider – someone that all but a few members of society look past. Even when he was younger, he was out of place in the San Francisco counterculture movement he found himself living in. Robert Crumb was the only person who shared his interest in old blues music, and they started a band together. But Zwigoff, even when he was surrounded by people who had changed American culture to match their unique tastes, was never really interested in doing the same. He wanted to follow the rejects – those who may get noticed by a dozen people but for the mostly fade into the background.

That’s what Crumb was about. The documentary focuses less on the impact of Robert Crumb’s comic work than it did on his childhood, his sexual obsessions, his family, and his world view that still seemed weird and out of sync with everyone around him. Crumb had been highly successful, but he didn’t seem to acknowledge it. He was still the same man he was in the 1960s, using his art as a form of self-therapy and not wishing to acknowledge any attention it gave him. The same applies to Seymour, who is as devoted to old blues records as Crumb and to Willie in Bad Santa, who uses his Santa persona as a sort of mask to ignore his alcoholism and the fact that he’s a criminal. The only reason anyone likes him and talks to him is because they recognize the impact Santa has on their world.

And all of this is predicted in Zwigoff’s first film, a 60-minute documentary called Louie Bluie. It follows a musician named Howard Armstrong (“You’re not Louis Armstrong. You’re just a regular Louie Bluie,” Howard explains as he discusses where the nickname came from). Armstrong is a member of the last black string band in America.  His band had released some records in the 1930s, but he eventually quit music and moved to Detroit to work in the auto industry. Zwigoff tracked him down and followed him for five years to make this documentary.

Once again, this not-so famous debut is a sort of practice film for what the filmmaker really wanted to do. So much of Louie Bluie is reminiscent of Crumb that it almost feels like a deleted scene on a DVD release. Louie Bluie has the same typography in the credits as Crumb, roughly the same structure, the same aesthetic look – almost the same everything. Zwigoff spent nine years on Crumb and I have no doubt he showed this film to potential investors and interview subjects as proof he could effectively make the film.

But Louie Bluie is still required viewing. Armstrong represents a forgotten part of Americana and hearing him play sounds like music from another world that picked up ancient Earth radio broadcasts and decided to recreate them. His music is a sort of fusion between blues and country. Picture him as the equivalent of seeing Tiny Tim in 1994, and you have some idea of how out of time Armstrong and the other musicians sounded to a 1980s audience.

Strange obsessions with the past are the most important themes in Crumb and Ghost World. It was necessary for Zwigoff to explore what he was comfortable with in his first film. And another component of Zwigoff’s later films can be seen – the way he treats nostalgia. Crumb and Ghost World feature some unquestionably racist images, but they’re images that used to be a part of every day American life. Armstrong is treated the same way as that sign. If you want to pine for a simpler time in American history, like the music Armstrong plays, you have to accept the warts associated with it.

One of the biggest differences between Louie Bluie and Zwigoff’s later works is Howard Armstrong. He’s a much more vibrant character that Robert Crumb and seemingly more eager to talk about his past. In fact, we even see some of the cartoons Armstrong drew from his memories on the road, in scenes that are tonally identical to Crumb examining his work.

But while Crumb was still very much an introvert and his cartoons are the only way to understand his mind, Armstrong is eager for attention. He laughs as he recalls his youth and he enjoys the opportunity to tell his story.

The film also does a better job of explaining how people like Howard Armstrong fit into American history. As Crumb walked the streets of Haight-Ashbury, shaking his head at the loud hip hop music, Howard gives us an opportunity to explore not just his career, but the genre he worked in. There are all sorts of references to classic blues music, including scenes where Howard wanders around Chicago’s Maxwell Street, an important location in blues history. (It’s also the home of Aretha Franklin’s Soul Food Café in The Blues Brothers.)

One flaw with Louie Bluie is its length. The film is far too short to make the maximum impact. We end up not with a complete story about Louie, but only a glimpse of a fascinating man. Armstrong’s memories are too fragmented, and, unlike Crumb, we don’t hear from any music historians to talk about Armstrong in a larger context – or to react to Armstrong’s background. This led to some of the best moments in the later documentary, as art critics react with disbelief when they’re told Robert Crumb masturbates to his own cartoons. Also, unlike Ghost World, it doesn’t really address the racism that Armstrong faced in his career. Yes, he mentions it, but it’s buried and not thematically explored. One of the most interesting stories in the film is about how Armstrong’s band performed as an opening for a traveling medicine show. It’s a great story, but the film never tries to contextualize what those shows meant. There’s even a fascinating music video of an old blues show as Armstrong describes his band’s performances. But where does this video come from? And is this footage saying about the popular culture of the past?

These problems were corrected in Zwigoff’s later films and Armstrong is still such a fascinating subject that audiences likely would not have noticed these lapses. Zwigoff knew exactly what he wanted to do with his films – find someone society has forgotten about or who never fit in and examine why they’re still important. Every character in a Zwigoff movie can be traced back to the people we meet in Louie Bluie. The world may no longer pay attention to them, if it ever did, but they’re still important to our history.