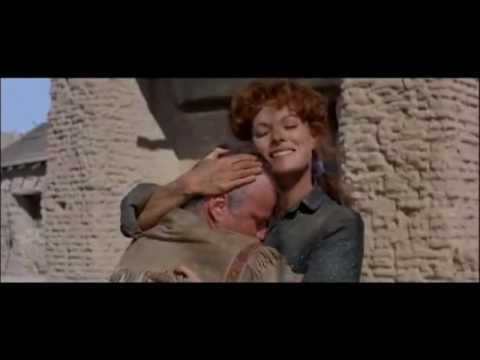 These days, it seems like Sam Peckinpah will be remembered more for his outrageous behavior than for his films – if he’s remembered at all. Once Hollywood’s greatest enfant terrible, Peckinpah’s drug and alcohol abuse lead to a staggering decline in the quality of his films and a predictable early death.

But then after a career of having his films butchered by studio heads and being pounded with bad reviews, people began to realize that Peckinpah was onto something all along. His most well-known films like The Wild Bunch and Straw Dogs remain controversial for their violent content, but they show that Peckinpah was just as important a New Hollywood director as someone like Peter Bogdanovich. But unlike Bogdanovich, Peckinpah was not interested in recreating genre films from the past. He wanted to show just how Hollywood had gotten the wild west wrong and how the actions that were glorified by people like John Wayne still left a lot of death and wreckage behind. His films were shocking not for necessarily glorifying violence but acknowledging it as a reality that drove people’s desires.

Yet outside the cinephiles of the world, Peckinpah has been largely forgotten. I believe it’s because most blockbuster directors like Michael Bay emulate Peckinpah’s violent scenes but are so uncaring that audiences simply stopped paying attention to violent content, even content that had once gotten Peckinpah in trouble. For what it’s worth, I think Bad Boys II is far more hideous, ugly, and senseless with its violent scenes than Peckinpah ever was. Yet that film was a major summer release and Bay was subsequently allowed to direct five action films based on a toy line – films that would only appeal to teenagers. Peckinpah ended his career living in a hotel and barely able to get work directing music videos. How is that fair?

If you’ve never seen any of Peckinpah’s films, you probably guessed that most of his films were incredibly violent and took place in the old west. You would be correct. Peckinpah grew up spending a lot of time on his grandfather’s ranch and had a nostalgic view of that western lifestyle. But his films still recognized the fact that most of the famous outlaws from that time were still outlaws and left a lot of wreckage behind. Each of his films try to balance those two viewpoints. Even if Peckinpah was nostalgic, he was not afraid to acknowledge that his characters were terrible people.

Unlike other “not so famous first” films, The Deadly Companions matches the rest of Peckinpah’s filmography. The director got his start on television, creating and directing classic TV westerns like The Rifleman and The Westerner. It was a natural jump for him to make a western where he did things TV networks would have never allowed him to do. The Deadly Companions lacks the epic scale of Peckinpah’s later films. It feels like an extended episode of the tv westerns Peckinpah had just come from. There’s no slow motion, no rapid cuts, none of the filmmaking techniques that would define Peckinpah’s career. But it is possible to see the things that

First, the film does not shy away from violent, controversial themes. The film is about a man who accidentally kills a child in a shootout and volunteers to escort the funeral procession. Showing dead children now would raise quite a few eyebrows. Back in the early ‘60s, it was almost unfathomable. The man, Yellowleg, later reveals that he never takes off his hat (not even in church) due to a nasty scalping wound he sustained. We see the scar late in the film. The opening scene shows a “five ace card player” being hung in a bar. He’s balancing on a barrel and trying desperately not to slip. Peckinpah digs his heals in and shows his audience all the violence and strife that people like John Ford never addressed.

But Peckinpah’s films are not only marked by violence and controversy. He uses his films to ask what chance people have in a world that has either passed them by or one that doesn’t live up to their ideals. Yellowleg, as hinted by his name, is a Civil War veteran (derisively called a Yankee by several characters) who doesn’t understand where he fits into the world anymore. He’s escorting the grieving mother to discover himself again, in the same way Warren Oates went to find the head of Alfredo Garcia.  The Deadly Companions is a surprisingly introspective western, with characters that don’t fit in the John Wayne hero persona.

Peckinpah frequently had a troubled relation with the female characters in his films. At best, they are trying to express their sexuality on their terms only to find that men are too willing to take advantage of it (like Amy Sumner in Straw Dogs). At worst, they were an accessory to the male characters and were treated very poorly, being openly attacked by the men in their lives. In The Deadly Companions, Kit Tildon is a  much stronger female character than Peckinpah usually allowed. Not only is the action centered around her, she’s shown standing up for herself and even hitting Yellowleg. Male characters do forcibly kiss her and people in her town whisper about her dance hall behind her back, but she is not defined as a sexual plaything. I’m surprised that Peckinpah’s views on women seemed to regress as he made more films.

Even if it shares themes with Peckinpah’s later films, it doesn’t necessarily feel like a Peckinpah film, simply because he’s not the one who pitched the story (an actor from The Westerner suggested him to the producer) and he was not the one in charge of the final version. He was frustrated over the lack of script control he had and didn’t create the final cut. This, however, also predicted his entire career. Peckinpah was constantly fighting for control over his films and many of his preferred cuts were not released until after he died. There is no lost cut of The Deadly Companions, but the experience foreshadowed many of the fights that Peckinpah would have with producers.

People used to be angry when Peckinpah released his films. They were shocked that such violent content could be screened. They shouldn’t have been too surprised. Peckinpah announced all his intentions with The Deadly Companions. He would use his film career to utterly destroy an entire American genre. If we were going to continue to romanticize the old west, then we had to look at the warts that made it. If The Deadly Companions wasn’t perfect in achieving that goal, it’s still important for the fact that it gave Peckinpah a chance to try again.