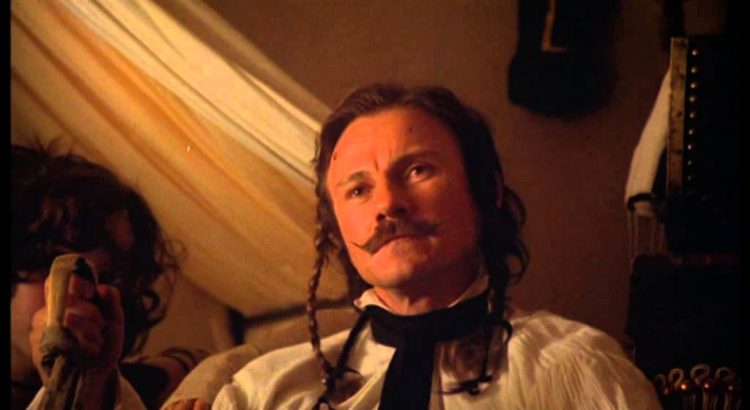 Ridley Scott is unusual amongst A-list directors. He has several classics to his name, but is still not mentioned in the same breath as directors like Steven Spielberg or James Cameron. They are household names while Scott still feels like he has to prove himself to his audience.

This may be because for every great film he directed (Alien, Blade Runner, Thelma & Louise, Gladiator) he made a lot of clunkers (1492, Robin Hood, Prometheus, Exodus: Gods and Kings). Scott has also never developed his own style as a filmmaker. His films could pass as any other director’s work. Scott leaps from genre to genre with no trouble. This is certainly a sign of strength with certain filmmakers, but Scott started doing it before audiences understood what sort of films he would make.

But what could that style have looked like? Scott famously started as a TV commercial director, but his first feature film The Duellists has been largely forgotten. That’s unusual, considering how highly praised The Duellists was when it was initially released.  It premiered at Cannes in 1977, won the Best Debut Award, and still has a 91 percent “freshness” rating on Rotten Tomatoes. But everyone immediately jumps to Alien when discussing Scott’s career. It’s easy to understand why – Alien is a genre defining classic – but it means that people are not getting the full picture of Ridley Scott’s filmography.

So what is The Duellists? It’s a film based on a Joseph Conrad story about two French officers that wage a duel that lasts from 1800 to 1815. Feraud (Harvey Keitel) is a proud man that gets involved in a duel with a mayor’s nephew. When d’Hubert (Keith Carradine), is ordered to arrest Feraud, he is challenged to a duel himself. This duel creates a Valjean/Javert level of rivalry as both men constantly fight over some vague sense of honor.

Ridley Scott has long been an admirer of Stanley Kubrick and borrowed many of Kubrick’s ideas for The Duellists. Most notably, the film was released a mere two years after Barry Lyndon and Scott was obviously impressed by the grand scale Kubrick created. But Scott didn’t copy Kubrick exactly – there’s artificial lighting, quick cutting, and the actors are use the original accents. (Why Keitel thought acting like a Scorsese tough guy in Napoleonic France is an acting decision I’ll never understand.) This makes sense – Barry Lyndon was an arduous shoot that no studio would let a first time director replicate. But considering how much attention Scott calls to Kubrick, these shortcuts stick out more. Barry Lyndon still looks like a documentary shot in the 18th century by a time traveler. The Duellists looks like a late studio epic, e.g., actors running around pretty scenery wearing faces that suggest really itchy costumes.

There are some great moments in the film. My favorite was the scene in which Feraud and d’Hubert end up in Napoleon’s disastrous Russian invasion. Feraud walks around seeing frozen corpses, worrying about his fate. It’s also the one time the two put their duel on hold in order to defeat the Russian soldiers that have found them. But what impressed me was the fact that these Russian scenes were sort of a dry run for the LV-426 scenes in Alien. They have the same effect of create a desolate atmosphere that made me care about the characters. It also added a deeper significance to their duels. These are proud men, yes, but not so proud that they cannot find common enemies that they can defeat. Nor do they necessarily hate each other. It’s more about the chase.

Yet I didn’t care about the characters or their fights, mostly because they seemed indifferent as well. The only time they insult each other is when they question the other’s loyalty to Napoleon. The fights seem mechanical and the characters act like they need to fight them because the script requires them to more than because they want to.

Think about the final duel in Barry Lyndon. The entire film had been building up to that moment and we understood why the characters hated each other. It was a dramatic moment that brought some resolution to Lord Bullingdon and Barry Lyndon.  I was missing that emotional connection as I watched Feraud and d’Hubert duel. I wish at least one of them could acknowledge the fact that their situation is absurd. The final duel plays like an 18th century John Woo bullet opera, with both characters trying in vain to locate their other in a forest. The “victor” remains ambiguous at the end, and honestly I felt the wrong character was punished for their obsession.

That’s not to say The Duellists is entirely bad. In fact, Scott used this film to showcase what he learned directing TV commercials. One of the duels uses quick cuts, as we jump from two people on horseback to an early duel that focuses on the character’s emotions. It’s a very effective scene that’s not only exciting but adds some character development to the action scenes. This is something Scott demonstrated he was very good at with Blade Runner and Gladiator. The film was also ambitious for a first timer. Scott used the modern Hollywood techniques to invert the Hollywood epic, just as much as Kubrick played it straight to make the same joke. We’re meant to think this is a play but that the themes of obsession and a faux idea of honor still resonated in the modern world, particularly as it was released so close to the collapse of the Nixon administration. I may think the characters are ridiculous, but maybe I’m supposed to take a look at the modern political world and learn the same thing. I don’t know – it would explain the disconnect I have from the characters. Scott is obviously a smart filmmaker and that intelligence was on display in his first film.

The Duellists fits perfectly into Ridley Scott’s filmography. It’s an exploration of a different director’s style and shows what a chameleon Scott is. Filmakers usually start with something that they have been obsessed with since their youth. The reason The Duellists has largely been forgotten is because it doesn’t conform to that trend. Scott wanted to take a fairly recent film and basically remake it just to show that he could. I found myself comparing it to other, better works even as I recognized the skill Scott had out of the gate. Ridley Scott didn’t really get to explore his own obsessions until Alien. Like all not so famous firsts, it’s a wonderful curiosity, but there’s a reason Ridley Scott is better remembered for other films.