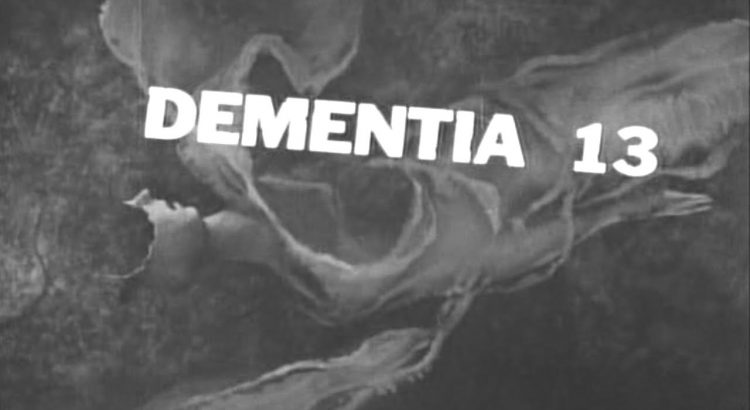 The most influential figure on the new Hollywood era was Roger Corman. He’s the one who gave Martin Scorsese, Peter Bogdanovich, Monte Hellman, Johnathan Demme, Robert Towne, Nicolas Roeg, and Ron Howard their starts as filmmakers. I’ve discussed him before in examining Johnathan Demme’s prison exploitation debut Caged Heat, but somehow even that feels like a minor achievement in Corman’s film school.

One of the most unexpected Corman alumni is Francis Ford Coppola. The two could not be more dissimilar. While Corman was infamously thrifty, Coppola gained the same amount of infamy for burning his way through massive budgets. Corman demanded all films be shot quickly. Coppola was known for not sticking to a schedule and taking years to even edit a film. Corman’s films tended to be short genre pictures that would fit on a double feature. Coppola made epics that feel like Wagner operas. And finally, Corman is still working as a producer today and had a film he produced released only about two months ago. Coppola hasn’t directed a major film since 1997’s The Rainmaker and these days doesn’t seem to care if his more experimental films ever make it to theaters. (He does produce his daughter’s films and has produced some other people, but even then, his most recent credit was six years ago.)

So what did Coppola learn from Corman? At first glance, the answer appears to be nothing. After The Godfather, Coppola seemingly found out what movies he wanted to make. And even the disastrous shoot of Apocalypse Now didn’t dissuade him from his grandiose style after an incomplete version of the film shared the Palme D’or and the theatrical version was nominated for eight Oscars. Even the dramas he made before The Godfather don’t resemble the genre films Corman specialized in.

But there was a reason Coppola made the proto-slasher film Dementia 13 under Corman’s gaze. Partly it was because this was the easiest way to “go legit.” (Coppola has a few “nudie cuties” listed on IMBD that he directed before this, but this was the first movie he directed that he was credited for.) But the script has many subtle references to what Coppola was truly interested in. The film is all about old world families, backstabbing, and has a focus on blood and violence. It’s the same themes Coppola explored in The Godfather.

The film opens on a couple in a rowboat. (Water as a symbol of mystery and danger is an ongoing theme in Dementia 13, much like oranges in The Godfather.) The story follows a woman named Louise who married into a wealthy family. She’s trying to scam her way into an inheritance after her husband has a heart attack and dies. Things don’t quite go the way she planned after she meets the family’s domineering matriarch Lady Haloran and her husband’s two brothers, Billy and Richard, both of whom act strangely when discussing their family.

(The film’s in the public domain and only 75 minutes, so you may as well watch the whole thing.)

Sound familiar? Thematic elements aren’t the only thing Coppola borrowed from Alfred Hitchcock’s Psycho. We also have a mysterious murderer that kills the protagonist halfway through the movie, a doctor who solves the mystery for the audience, and shots and imagery that would be considered downright shocking in the early 1960s. It makes sense. Psycho was an enormous hit that spawned not just imitators, but an entire subgenre of horror. Roger Corman would have been foolish to NOT try to produce his own version of it, especially considering he could do so for an insanely low budget.

Yet despite the Pyscho similarities, Dementia 13 was an entirely original script. Virtually all of Coppola’s biggest hits in his later career were based on popular novels. Granted, Psycho was also based on a novel but Coppola deviates heavily from the story.

Why? The deviations allowed him to explore what he was truly interested in – how America seemingly waxes nostalgic for the European upper-class ideas of honor and family devotion. Of course, those ideas were never sincere, but everyone in this film acts like they follow them. It’s identical to The Godfather – everything is soaked in violence, but the supposedly honorable Corleone family ignores the double standard. And Coppola is still determined to punish the characters that go against the family. Louise at first laughs at the ritual they perform to commemorate their dead sister Kathleen. Then she tries to play the tragedy against Lady Haloran only to realize she’s the one who doesn’t know everything about Kathleen’s death.

The film is never particularly scary or thrilling. All its set pieces are far too derivative. But it is interesting to examine what ideas Coppola found scary in the material. Filmmakers today still don’t show children’s corpses and most “weird upper-class family” movies like this now take place in the past rather than the present. Coppola believed that these family traditions, no matter how strange they are, never went away. Neither did the upper class’s obsession with hiding its flaws, no matter how dangerous it gets. Dementia 13 ends abruptly once the killer is discovered. But it’s easy to imagine how the Haloran clan must deal with the new revelations. Can they be the same people? What do they do now that the incident that defined them for twenty years has been proven a lie? Coppola didn’t have the opportunity to answer those questions in this film. That’s likely why he turned around and made epics when he got the money. Coppola wanted to create worlds where he’d have enough time to explore consequences.

Coppola is a filmmaker who’s been out of style lately. He’s content to revisit his glory days and remind everyone that he reinvented blockbuster filmmaking almost five decades ago. He’s once again re-edited Apocalypse Now and there seemingly ISN’T a Coppola film that hasn’t been recut in some way in the last 20 years. But Dementia 13 has never been given any attention. It’s so ignored the producers let the film fall into the public domain. It’s likely Coppola doesn’t want to remind people he started his career by remaking Psycho with vague hints of The Quiet Man. But that sort of technique is what spawned the era that made Coppola famous. Besides, even if he was working under Corman’s parameters, Coppola established exactly what he wanted to discuss throughout the rest of his filmography in Dementia 13. His focus on family connections, an obsession with Europe and the migration to America, criminal plots, and shocking violence are all present. Finally, Coppola’s The Godfather has also turned into a battle between whether he’s responsible for it or if producer Robert Evans deserves all the credit. Even that was foreshadowed by working on a tight leash being held by Roger Corman.