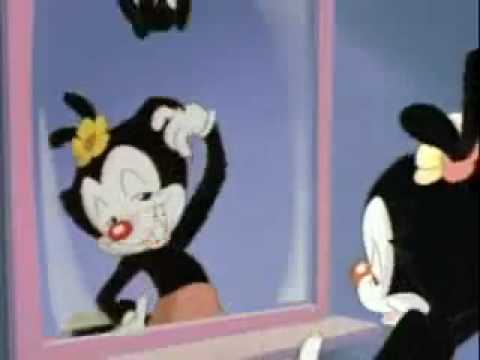 Family Pet features sisters Kate and Maggie Dwyer and comes from the ashes of Kate’s previous bands Sadwich and Feeling Feelings. Dwyer expressed that the two previous bands lacked the aggression she needed to express, and this new opportunity presented the opportunity to let it all rip.

Popdose asked Kate and Maggie Dwyer for a list of the songs that influence them, and a bit of explanation as well:

Where do I begin? When we were recording our new record I often thought, “What would Pissed Jeans do?”

I love them so much. The energy and lyrics are incredible. I listened to Honeys non-stop when we were recording and prayed I’d sponge some of what they got into Petty. This song isn’t from Honeys though, it’s from King of Jeans.

I love how pure this song is lyrically. It’s also my karaoke “go-to” because I sing it like an angel. The build up from the verse to the lyrics is enviable. I always listen to pop music to help me pull inspiration. The lyrics don’t always have to be so complex… sometimes it can just be as simple as an emotional S.O.S.

Liars – “Mess on a Mission”

I love this song. It’s just a great song. Have you seen the video for this song? It’s also great. I appreciate listening to this song and hearing how they had a minimal amount of music being played and created the vocal melody. It’s something I often do when I am writing songs. I just hit a single note over and over again and freestyle melodies. I feel like this song is a good reminder that you don’t need to get too crazy with solos, beats, instrumentals to make a solid song. Granted, I do think the music here is super solid.

This song and Animaniacs “I’m Cute” were my anthems when I was younger. You could catch me lip synching this one and feeling like a mini Gwen. I wanted to be her so badly. I don’t have any people I’d want to be now, but when I think about when I was 11-13 I would have killed to be her. No Doubt is the best.

I was recently listening to this on repeat for a couple of weeks. I have a habit of listening to the same song over and over again. I’m not dissecting it, I just like repetition or something. I love this song because it has so much attitude and the transitions are incredible. When I hear the lyric, “Workin’ too hard can give you a heart attack, ack, ack, ack, ack, ack.” I lose it. EVERY TIME.

The Slits are the best. All female punk band from the U.K. that played along side sex pistols. They were emotional and complex and still produced all different kinds of music. My dream is to be like them.

Count Fine – “The World” (Not available on Spotify)

Got that classic rock attitude and vocals. The singer’s delivery and the snarl of the guitar are sassy and charming. Also, a great love song about declaring love to the world. What’s not to like?

A female led punk band with perfect grit and hostility. The guitar and lyrical delivery make me feel angry all over. I love getting that same energy on stage with bands. When recording “Precious Girls,” I got to feel this same grit yet still a sense of weird ease? I’m not sure how our song does this also, maybe it’s the harmonies, but “Precious Girls” is one my favorite on our new album.

I played this all the time as a kid and it was such an anthem. The heavy synth and bass hit you hard. Makes you want to wear big boots and stomp around with sunglasses and lipstick. Made me into a bitch.. and I love it.

Good contemporary rock song. Good balance and evenness of all instruments. Sometimes I get stressed thinking songs aren’t moving enough or hitting enough levels. “No Invitations” reminds me that simple can be good and not every song needs to be complex to be a freakin’ BANGER.

An emotional song with lots of groans and yelling. We don’t do much slow stuff like this, but Family Pet is also emotional and rugged. Kate’s lyrics are real and have meaning. It feels good to play music that you know has definition behind it. In that way, it makes it nice to be in a band with my sister, getting to know the meaning behind the lyrics.

Maggie: I wish it could play in the background of my life all the time.
Kate: Same.

Family Pet’s album Petty will be out October 20.