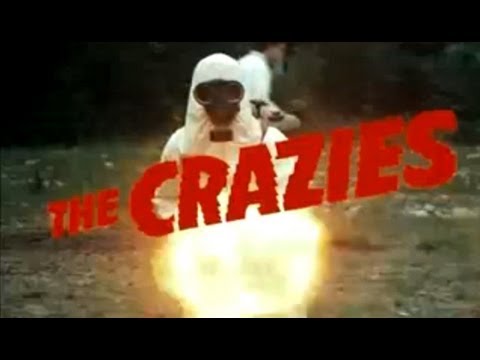 The loss of George A Romero earlier this year robbed us one of the great American filmmakers. But everyone used the opportunity to only discuss the Dead films.

It’s not surprising. Few filmmakers can make a movie as good as Night of the Living Dead, especially on their first try. Even fewer can create a sequel that’s better than the original and inspire a genre that’s still popular decades later. Romero, barring maybe John Cassavetes and Orson Welles, is the most influential independent filmmaker ever. His films have inspired multiple generations of gore-hounds and satirists.

But, despite his influence, Romero’s filmography is not discussed outside of his zombie films. Romero waited years between Night, Dawn, Day, and Land of the Dead, but was not inactive. He tried to break free of his constraints and used his vision to subvert other movie monsters.

Almost everything in Romero’s filmography predicted audience trends and tastes by decades. He was the first filmmaker to mock modern society’s obsession with fantasy. He’s the one who first turned vampires into moody, broken teens.  Romero seemed to know where his audience was going long before they actually arrived there.

In memory of Romero, I’ve chosen three films that showcase Romero’s ability to subvert horror tropes even further than he did in some of his zombie films.

After Night of the Living Dead, Romero tried to break away from the horror genre. He directed a romantic comedy (There’s Always Vanilla) and then an occult film that was more a portrait of being a bored housewife in the 1970s (Season of the Witch).

The Crazies was Romero’s attempt to create a spiritual successor to Night of the Living Dead, if only to recapture his commercial standing. But Romero took the opportunity to subvert the expectations he had previously set. The Crazies is nominally about a plague that turns people into homicidal maniacs. It opens with a husband burning his family alive. But the film quickly changes into something that many people, horrified by the zombies eating human organs, missed about Night. The main enemy is not the flesh eating dead. It’s the people reacting to it, wondering how they will function in an increasingly volatile situation.

In The Crazies, the main antagonist seems to be the military descending on the small town of Evans City, Pennsylvania. The army automatically treats the citizens as the enemy, eager to bomb them lest they spread the plague. We later find out that the plague was caused by an untested military bio-weapon (called “Trixie”) that ended up in the city’s reservoir. So, it’s not so much that the people in charge are looking out for the greater good, but rather trying to cover up their mistake. Some people, including Vietnam veteran David, his pregnant girlfriend Judy, and their friend Clank try to escape town.

Most of the action isn’t centered around people trying to escape from the infected people, but from the army’s activities as they try to quarantine Evans City. There are several tense moments that recall Invasion of the Body Snatchers as the town’s people try to sneak past the soldiers. One character may have be immune, but keeps it a secret after his friends are killed. And there are scenes of soldiers taking money from some of the infected people they just killed. There are also scenes of a doctor (Richard France, who also appeared in Dawn of the Dead) trying desperately to cure the disease, only to be frustrated by the bureaucracy he encounters along the way. He finds what may be a cure, but has difficulty reaching anyone to tell of his discovery and, when he leaves the lab, is mistaken for another infected person. Paranoia is the true destructive force in the film.

That’s not to suggest the disease is harmless. We see infected people burn their families, attempt to rape their daughters, and show absolutely no-self preservation. But, unlike Night of the Living Dead, they are not remorseless killing machines. The rapist, for example, hangs himself after realizing what he’s done. And even those are infected seem to show they’re capable of making decisions. Clank, for example, fears he’s infected so he guns down soldiers so that David and Judy can escape. Clank’s actions are mad, yes, but they also raise another part of the dilemma in the film. How can you tell who is infected and who isn’t when people are already scared, confused, and willing to lash out against their fellow man?

The Crazies subverted every expectation people had of Romero. Instead of another film about people trying to survive a barrage of monsters, it’s a film about people trying to survive other people who view them as a threat – or an invading force. It didn’t do as well as Night, possibly because people weren’t ready for a film that was somehow even bleaker.

Romero claimed that Martin was his own favorite of his works and the film received great critical notices on its release. But it is a very difficult film to find today and doesn’t get nearly the attention it deserves.

Romero didn’t create zombies. The undead had appeared in folklore for millennia. Night of the Living Dead wasn’t even the first zombie film. But Romero did reinvent them for a new generation by showing what the dead would presumably look like if they came back to life. There would be no magic spell, there would be no consciousness, and there would be no way that the zombies would recognize their former loved ones.

His reinvention of the vampire lore in Martin was meant to be the same thing. The titular Martin (John Amplas) is a teenager who is scared of sex. He doesn’t have fangs, doesn’t burn in the sunlight, and takes bites out of garlic cloves. The only evidence we have that he is in vampire is the insistence of his much older cousin Cuda (Lincoln Maazel) who says he carries the “family curse” and refers to him as “Nosferatu.”

Martin also drinks blood. Without fangs, this makes feeding more difficult. He prefers to drug his victims and then use a razor blade to slice open their wrists. He usually preys on older women, but that’s almost irrelevant. Whereas Dracula has always had a sexual power, Martin is a skinny nerd who is afraid to have sex.  He detests the fact that he has to go through with his murders, if only because it means getting close to people.

There are several curious scenes that seem to show Martin in an earlier time. Members of the clergy try to cure Martin with religious rituals. What’s actually happening is ambiguous. The scenes are shot in sepia and don’t look like anything else Martin is experiencing in the film. It leads credence to the idea that Martin’s illness is all inside his head, caused by equally insane people like Cuda.

Martin also finds himself becoming a media sensation after he calls in to a late night radio show to describe his life. He wants to dispel the rumors of vampirism, but finds himself promoting them more. The DJ even refers to him as “the count,” despite Martin’s desperate attempts to explain that the romantic aspect of vampires is a myth.

It reminded me of the corner that Romero wrote himself into with his first film. Martin was released the same year as Dawn of the Dead. A Romero zombie film was bound to receive more attention. Yet Martin was a sort of warning that Romero wanted to give. “My films are not meant to be romanticized and you shouldn’t expect anything from me,” Romero seemed to say. “I haven’t created any mythology for you to copy. In fact, my goal is to destroy the mythology you hold dear.”

The final film on this list is not even a horror movie. In fact, it’s not even the fantasy movie it purports to be.

After the successful Dawn of the Dead, Romero once again tried to break away from his horror background. Instead, he wanted to explore a genre that was slowly regaining popularity. Multiple Arthurian films were being released around the same time as Romero’s Knightriders. In fact, the film was released the same year as John Boorman’s Excalibur.

But Romero wasn’t interested in doing a direct adaptation of Arthurian legend. The fact that all of the jousting is done on motorcycles for Renaissance fair crowds demonstrates that. But Romero also predicted society’s obsession with undermining fantasy and the values those myths championed.

The motorcycle jousting is in the film partly due to Romero’s economy. It’s much easier to use motorcycles than it is work with horses and animal wranglers. But it was also a way for Romero to mock all of the epics Hollywood made at the time. Romero knew that the audience didn’t totally buy the fantasy. They were aware of the fact they were watching actors pretend and watching people in no real danger fight to the death. So why not use motorcycles in front of an audience? It would create the same emotional connection.

Knightriders stars Ed Harris, in his first leading role, as Billy. He is the “king” of a troupe of actors who perform jousting tournaments for sweaty tourists. (Including Stephen King and his wife Tabitha in a cameo.) Billy is wholly dedicated to Arthurian ideals of honor, but is constantly challenged for his throne by other troupe members, including Morgan (Tom Savini).

Billy’s obsession with honor is what brings about his downfall. He refuses to pay off a crooked cop, only for that officer to threaten to shut the show down and arrest members of the troupe. He refuses to work with a promoter to bring more audience to the show and ends up alienating his troupe. Billy is a man hopelessly out of touch with what his people need, and only when he relents is he treated as a hero.

It’s a tone that predicted Game of Thrones. The two properties are very different, but the tone is ultimately the same. Characters in fantasy works may talk about honor and sacrifice, but their values are going to run up against our modern world where back stabbing is the norm. People like Billy will end up broken and defeated.

Knightrider is not without its flaws. At almost two and a half hours, it’s Romero’s longest film.  The pacing doesn’t match the run time. There are moments that are more reminiscent of 1960s road movies, full of meandering shots and conversations. It’s also difficult to ascertain the motivation behind the actors. Why are they doing this? Why stick with the same code that Billy demands even though they’re clearly against it?

Still, Knightriders is Romero’s last grasp at subverting genre expectations. After this film, he moved on to more traditional movies like Creepshow. They brought him some attention but not as much as he deserved. Romero ended his career with the zombies he created, but even that lead to diminishing returns. Who knows what would have happened if audiences were able to catch up to Romero?