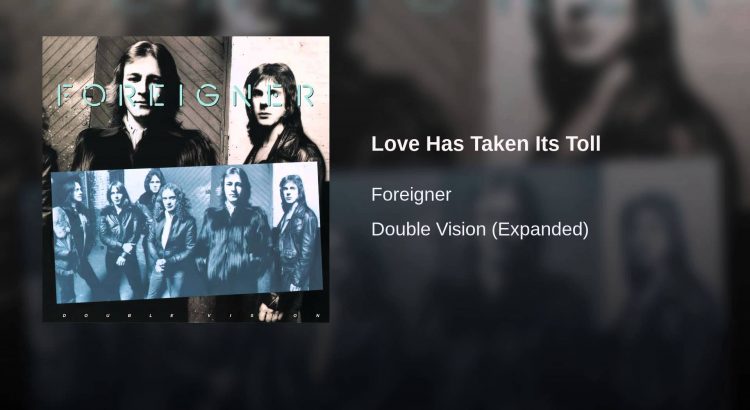 We have reached a turning point in the species. We can deny it or try to vote it out of existence by propping up those who seek a “return to the past” that, frankly, is an illusion. The reality is that this has been a long time in coming and rather than growing uglier in rejection of this, we ought to accept it fully. This is about growing up.

It shouldn’t have ever taken this long. These things were going on for much, much longer than the #MeToo movement, of course. It’s been a dominant and systemic thing. Last year seemed like a true turning point,(which is not to say that the abuses of men against women are now all over and done…no instant enlightenment is to be found, but for the men who truly care about this subject, it’s caused us to ask substantive questions.

I spoke to a co-worker about it in the midst of the Harvey Weinstein revelations. She is a strong person with a takes-no-crap personality, but she said with complete candor, “Oh yeah, it’s happened to me, more than once.” The occasional brush against, the hand that “accidentally” makes full contact with areas that never receive contact when it is truly accidental…the propositions. It was disheartening to hear it from her. It was angering.

It’s even more disheartening to hear those from an older generation bitterly grumbling about how no one can take a joke anymore, how “these broads are going to take over and there’s nothing we can do about it,” and how a little grabass never hurt anyone.

How would anyone know if it hurt or didn’t hurt when the victim said nothing about it? They said nothing because, historically, the victim wouldn’t be believed, and so the victim stayed silent. The consequences of not staying silent, particularly in the areas of workplace incidents, usually involved the victims being fired.

But we need to boil this down further. I want to – have to – believe that the majority of men in this world would never consider engaging in the large-scale actions described of Weinstein, Bill Cosby, Roger Ailes, Louis C.K., or any number of figures who used their power to justify decisions to violate. And yet, the majority of men, with myself included, have been guilty of shades of actions, those behaviors that, while not nearly as egregious, can be terribly demeaning, hurtful, and wrong. It’s how we were taught, and it’s part of the heritage.

Guys, let’s just admit it. Our whole lives, we’ve been taught by others (and reinforced by the media) to never give up, never give in, pursue, and in the end, you’ll win her heart. And if you don’t continually fight for it, how could you ever say you cared for her at all? Did you ever really deserve to win her if you didn’t pull every string, be relentless, proving your care with every unwanted display of your ardor?

Don’t tell me your elders, or society as a whole, didn’t introduce this idea that love arrives when you’ve “worn her down and pursued to the end.” But when you think about it, there’s an inherent creepiness to trying to force your way into someone’s life until they relent in exhaustion, and it is worse when the culture classifies it as romantic.

This moment in our history may, if we don’t do something incredibly, stupidly damning, be something akin to evolution. It’s the moment when we fully embrace things we always knew. Hearts aren’t for winning like carnival prizes. How you feel about someone may not be the way they feel about you, and nothing is going to change that. You can’t force someone to fall in love with you, no matter how many times Hollywood has convinced us otherwise. That might hurt you. It will definitely bruise your ego. How does it feel for that other human being who has come to dread your unending insistence in ways great and small?

I’ve been guilty of pining, of trying to find ways to “win her.” Guys, if you like her and she likes you, she’s going to be more mature than to play “hard to get.” These women who played that game weren’t playing a game. It’s time to believe them, rather than believing everything being said is code for something else.

And what of the media’s role? Guys, we’ve learned from pop stars and celebrities that we had to take what we wanted, what we deemed was ours, with no remorse or hesitance. Just maybe…they were wrong. I’m reminded of the song “Love Has Taken Its Toll” by Foreigner. It appeared on the 1978 album Double Vision.

Well, this girl didn’t want me or anyone else
She was alone, thought I’d give it a try
I was a young bull stompin’ in the field
I saw red when she walked by

I had to think fast, I watched her walk past
I knew I would have my way
So I swaggered up, I mean I staggered up
But I didn’t have a damn thing to say

Now, two handed strategy always works well for me
So I slipped my hands around her waist
I swore it was the right move, feelin’ so smooth
Till she backhanded me ‘cross my face

From the vantage point of 2018, forty years on, it’s pretty shocking. The dude sees a girl he wants to get with, and his first instinct is to start grabbing her. This was not as perplexing or controversial a notion back in the day, I can assure you. Something else that no one batted an eye about then, but certainly would now, is that the narrative of the song would have you believe that this tactic should be tried…because it works.

To make a long story short, she finally got caught
I had to tell her enough is enough
She said, “You’re just what I needed”, and boy
She nearly pleaded with me not to be too rough

Fine, you say. But that is a “cock rock” tune nearly a half century old. How is that emblematic of men’s generationally-inherited attitudes and beliefs, and aren’t we being a bit hyperbolic? Maybe. I also know that as beloved a movie as Back To The Future is – and hey, I love it too – the critical point is that for Marty McFly to survive, he has to get his mother to fall in love with his father. How does that happen? George McFly decks Biff Tannen. Why? To keep Biff from raping Lorraine, the future mother of Marty. This love didn’t arrive from two people getting to know each other. It came apparently out of gratitude for saving her from sexual assault.

And even this can be shoved to the side by saying this is a 33-years-old science fiction comedy, a point I’ll concede. But in America, there are lots of young men growing up with the misguided gift passed down from grandfather, to father, to son that there’s any realistic takeaway from the fiction. I’m using old media to further the idea that these antiquated concepts are going extinct. Let’s not try to drag them back to life. The way men have casually framed the idea of “getting a woman,” even within the most innocuous of intents, needs the dirt kicked on top of it too.

Hearts aren’t won. Hearts aren’t saved from dark fates just to be claimed for the desires of others. It’s time to revisit those lessons of “never give up, never give in, pursue,” reassess them and, ultimately, reject them as primitive logic, and further reject atavistic desires to crawl back to the cave, dragging our mates behind us.

This evolution of man must take place, and will take place.