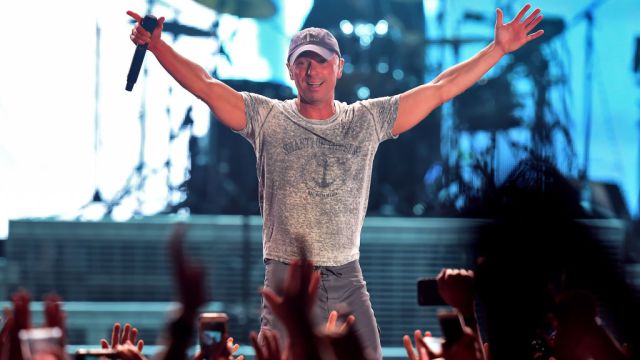 No Shoes Nation was in full force Sunday night and while Chesney led off the night with “Have Another Beer in Mexico,” the beer was being raised high all night in Indio.

Chesney wasted no time at all, going from song to song, unleashing one number one hit after another with songs like “Somewhere with You,” and “I Go Back.”

There was no time for small talk as Chesney rolled out an hour and a half of nothing but his greatest hits.

One of the most memorable, and arguably the cutest moment of Chesney’s performance was the duet of “Setting the World On Fire.”

No, Pink didn’t make a surprise appearance, but rather, Chesney pulled a young girl from the audience to help sing along and with the support of the crowd and Chesney, she absolutely nailed it.