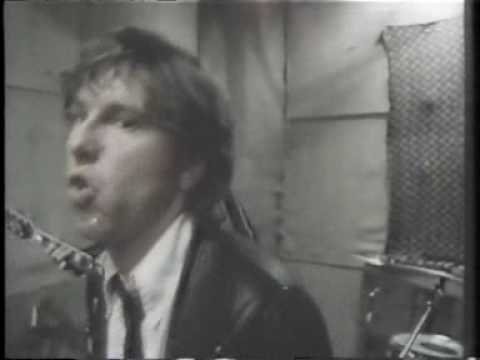 A worthwhile history lesson:  Wreckless Eric is Mr. Eric Goulden. His recording career began in 1977 with the enduring “Whole Wide World”.  He was one of the original Stiffs, alongside Elvis Costello, Nick Lowe, etc.  He released three brilliant albums and several singles between 1978 ad 1980, all beloved by me.  He then sidestepped the mechanics of fame and became Britain’s premier underground household name, much loved and often underestimated.

Opening with the moody and melancholic “Gateway To Europe”, it’s the perfect lyrical painting, filled with imagery, melody and a very on-the-one late ’60’s arrangement, full of punchy horns; “The World Revolved Around Me” is also on the more sedate side, but has a jazzier touch mixed with some angular guitar sounds and sonics and “They Don’t Mean No Harm” harkens back to Mr. Goulden’s earlier days (big, full production and catchy as all get-out) and could easily sit next to “Reconnez Cherie” or “Can I Be Your Hero?” – spectacular.  “Wow & Flutter” is equally eye-opening as it explodes in minor chords and a heavy sound; the quietly acoustic psychedelic nature at the opening of “Forget Who You Are” carries you to a new and higher emotional area as it starts to erupt (but doesn’t explode) and “Unnatural Act” is simply vintage “Wreckless Eric” – a strong musical structure, twanging guitars (go back and listen to those earlier records) and completely singalongable.

It’s been well over 30 years since I last listened to a Wreckless Eric album and although time may have gone by, his talent hasn’t diminished in the least.  Mr. Goulden remains as formidable a writer as he’s always been and long may he wave.  This album makes me very happy – for sentimental reasons, but mostly because it’s strong and solid.

*Editor’s note:  since there aren’t any videos or audio from this new album on the ‘net at the moment, please enjoy some of my favorites from Mr. Goulden’s catalog.