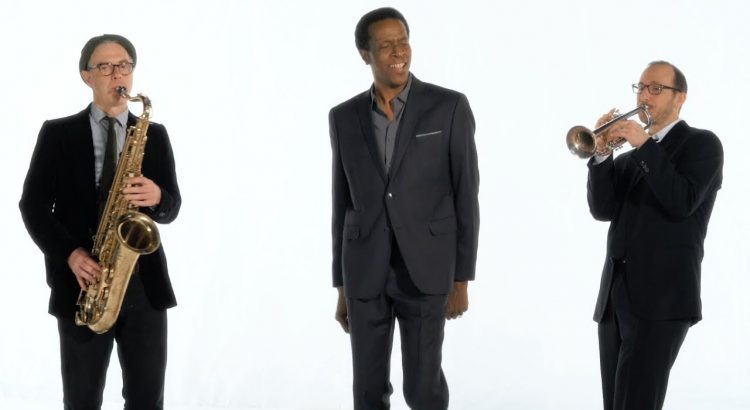 The Imperial Sound’s blithe synthesis of 21st-century irony and bright, unselfconscious AM-radio pop is both brave and unique. This, their debut album, The New (hence, the title), showcases songwriter Frederick Mosher’s hook-driven heritage – with influences from Todd Rundgren and Carole King to The Replacements and Elvis Costello.  They deliver infectious, shimmering songs that celebrate the craft and style of the best pop music.

Kenn Goodman (keyboards) and Mosher (guitars and vocals) have been partners in a variety of musical ventures; from the Chicago-based Pravda Records store/label to the legendary trash-rock trio The New Duncan Imperials, for many years. In this latest incarnation, as the founders of The Imperial Sound, it puts them at the center of a group of seasoned musicians with years of experience and a drive for self-reinvention.

Opening with “Yesterday”, the track kicks off with a ballsy brass intro; it’s an instantly catchy song about time and memory. You could make the argument that it sounds a little like Carole King but with more drive and those brilliantly deployed horn (especially the very Tom Scott-like sax solo) – and listen for the very soulful organ undercurrent. “Daylight” is taut and atmospheric on the verses, then explodes into full, lush pop with orchestration and horns on the chorus; “The Quarry” has a melancholy about it, even though it’s uptempo – a very mid-’70’s style Hi Records/Willie Mitchell-inspired moment and “Back On Your Table” is an old-fashioned stomper with chorale-type vocals, handclaps and a sense of drive, much akin to Dexy’s classic “Let’s Make This Precious”.  “Get Along!” is a very Attractions-esque piece, with pumping Farfisa and throttling guitars (think Get Happy!-era (see?)) – lively and, again, catchy; “Six To A Room” made me think about the oft-forgotten mid-’80’s  band The Truth with its keyboard and horn interplay and strident rhythm – rollicking and with an “everybody sing” vibe.

All in all, an impressive debut.  Going forward, I do hope they head into a more rock/poppy direction and use less of the horns, so the songs don’t all wind up sounding too similar.  There’s a lot of potential here and this is a great jumping off point.

The New AM is currently available