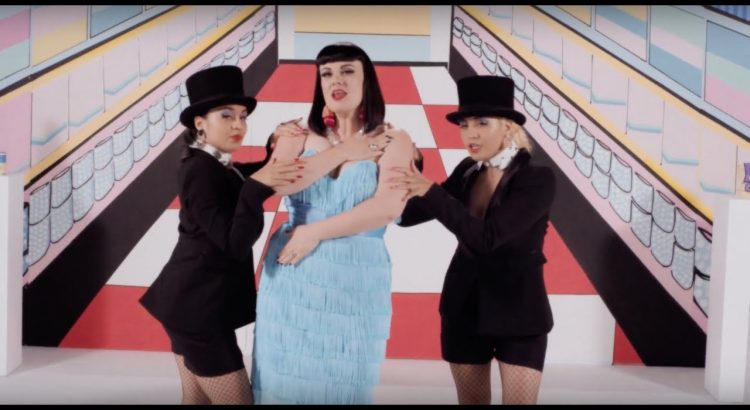 If you’ve ever wanted to know what Wanda Jackson duking it out with Shirley Bassey in an alley while Rosanne Cash, Sharon Jones and Amy Winehouse egged them on sounded like, look no further than Sassafrass!, the terrific new album from New Zealand’s Tami Neilson that’s coming out on June 1.

That Neilson is channeling so many strong women isn’t an accident. As she says in a press release, the record is the “mouthy lovechild of the current social climate and my own experiences as a woman, mother and daughter. It’s also my attempt at challenging a society that doesn’t yet treat women equally in order to shape a better future for my children.”

Brimming with attitude and a retro sound, Sassafrass! is a showcase for Neilson’s powerhouse voice, with 11 killer songs to match. She comes roaring out of the gate with the first single, “Stay Outta My Business.” The lyrics are an angry jab at the patriarchy, but backed by the Hot Rockin’ Band of Rhythm — Joe McCallum (drums), Mike Hall (bass), Brett Adams (guitar) and Neil Watson (guitar and pedal steel) — and a horn section, it’s also a rollicking, swinging soul stomp.

Of the others, she touches upon rockabilly (“Kitty Cat”), torch songs (“One Thought of You”), country balladry (“Manitoba Sunrise at Motel 6,” written the day that Glen Campbell died), exotica (the double entendre-filled “Bananas”). “Smoking Gun” takes aim at the Harvey Weinsteins of the world. Best of all is “Miss Jones,” a tribute to Sharon Jones (“Swingin’ skirt, feet jumpin’ / Man, that woman’s sure somethin’ / Get your blood pumpin’ / Damn, the girl can sing“) where, if you close your eyes, you can practically see Jones working up a storm as the Dap-Kings work up a racket behind her. And the whole shebang, produced by Ben Edwards, is all served up with a heavy dollop of reverb and an occasional vibra-slap.

You can pre-order Sassafrass! at Bandcamp.