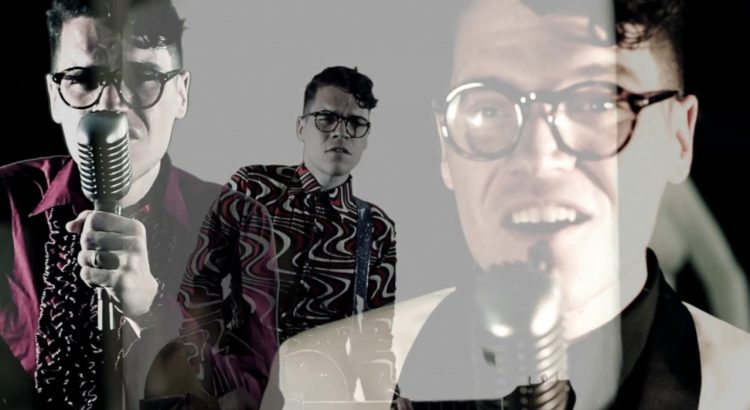 So we’ve previewed and interviewed Sean Kelly of A Fragile Tomorrow in anticipation of his solo debut release, Time Bomb, Baby and it can be clearly said this album is quite a departure from the sounds we’ve grown accustomed to with the band.  Being the (admitted) music hungry fan – and more importantly, student – that he is, Sean Kelly plumps from the early ’80’s to get a sound and feel that fits the songs.  If you combine the best production elements that were perfected by Hugh Padgham, Steve Lillywhite and Nile Rodgers and mixed in the various guitar effects that were so prevalent during the start of the decade, you’d be automatically catapulted back to that time with one listen.

“We’re Getting Older, Brother” has a very laid-back feel; languid and milky, driven by organ and synth punches; Mr. Kelly’s singing has evolved and matured into a very warm croon and is clearly defined here; “Ticking Like A Time Bomb” has that flanged/chorused sound that was so prevalent in the early-to-mid ’80’s (think U2 and Simple Minds, although some of the guitar textures have – to me – a very Athens, GA feel); “Let Me Be The First To Find Out” charges in with heavy drums with a lot of soundscapes filling in the colors – in a lot of ways, it reminds me of China Crisis or Heaven 17, but not in a dance groove; more of a contemplative manner.  “Gold To Me” has “single” written all over it; a straight “pop” song that would have given Duran Duran a run for their money – or at least Bowie during his hold on the charts with Let’s Dance; “You Started It”, with its keyboard pattern and taut drum patterns sounds like it would have been in regular rotation on WLIR 92.7 (New York “new wave” radio reference – a legendary station) sandwiched in between The The and Tears For Fears, circa ’84 and “Syncopation”, which is more of a pastiche than a reimagining of an ’80’s track, is the perfect combination of all the early ’80’s synth/pop/mecho-drum styles.

A tip of the hat has to go to Mr. Kelly for being so astute in his dissection of a style and take it to create something new by sounding familiar.  He’s breathed new life into big production and painting a complete canvas for a simple song to become complex.  And at the same time, he’s hopefully given himself a new manner to introduce to A Fragile Tomorrow so that their next release will be an aural surprise and stylistic shift.