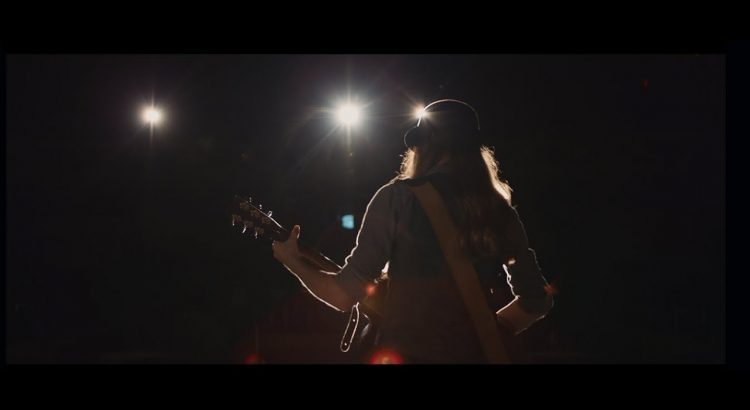 Hide Your Ghost, the sophomore album from singer-songwriter Sawyer Fredericks, sheds the high gloss major label treatment, and plays closer to Fredericks’s honest, stripped down style – a self-described “free range folk”, incorporating elements of blues, roots rock, and jazz with live instrumental arrangements throughout. The album was largely recorded to analog tape in the acoustics of the cathedral hall to the converted 1896 St. John’s Church, now Dreamland Recording Studios in Woodstock, New York.

The 11 songs tell stories of personal, domestic, and social conflict – timely and embodying both the ugliness and beauty of being human. The album of all material is arranged, and produced by (at the time) 18-year-old Fredericks. Although he won season eight of NBC television’s “The Voice”, it shouldn’t put a biased spin on what you hear – although these kinds of shows have, from the very beginning, left a very bad taste in this writer’s mouth, these performances exude a genuineness that render his appearance on the aforementioned program moot.

The album’s title track begins the program with warmly finger-picked guitar; stripped down to just vocal and single guitar until the middle, when the arrangements are filled out with a second guitar and a pulsing bass drum to punctuate the verses; “Should Have Known Better” is a strident, slightly tense piece with some skillful guitar picking and boisterous rhythm and piano to help make this an early standout and “Half A Mind” has a semi-jazz feel, with great accompaniment, which offsets the vitriol of the lyrics – the guitar solo is tasteful and just right.  “Red Memories” is akin to “Hide Your Ghost” – stripped down but more realized with the instrumentation and some nice “heavier” guitar and “Angel’s Skin” is haunting, dirge-y and melancholic.

If there’s one thing I’m not entirely onboard with is his vocals.  They’re a little too sharp; too abrasive for the kind of material its paired with.  I don’t know if it’s an over-projection of passion and earnestness, but they don’t feel quite right for the understated nature of most of the songs.  However, he’s still progressing and I’m sure will find the right balance, given time.

Hide Your Ghost is currently available