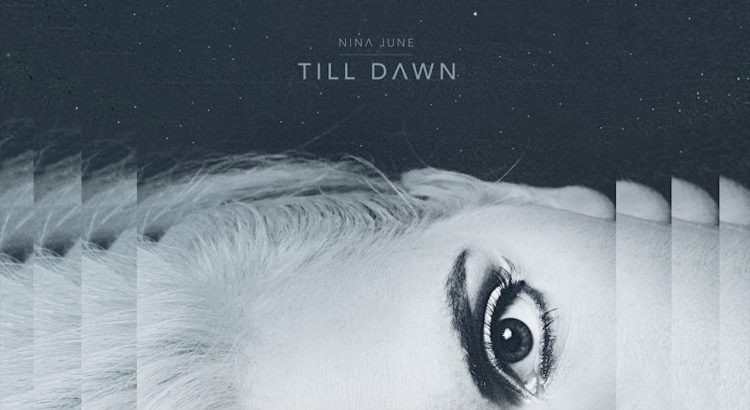 Singer Nina June is releasing her global debut album, Bon Voyage, the result of a 3 year long journey that began in a home studio in Amsterdam, going through France and Spain on a pilgrimage and ended in London with producer Tim Bran. The first singles “For Love”, “We Watched It All Come Down” and “When We Fall” have garnered more than 5 million streams, so far.

Bon Voyage is about letting go; making choices and staying faithful to yourself. The eleven songs were produced by Nina and her musical partner in crime, Lieuwe Roonder. Together, they combined organical elements with modern beats and synths. To elevate the songs, Nina approached Tim Bran (known for his work with Paul McCartney, London Grammar and Birdy) on Facebook. A short week later, she was in his studio in London.

The first song offered up was “For Love”, without the backing of a label or management. It was streamed more than 2 million times on Spotify and added by 25,000 people to personal playlists. The other songs released were received in the same manner; international blogs loved them and they were licensed to national and international movies and television shows.

The first thing that strikes me about Nina June is her voice; there is a great deal of warmth in her tone and delivery and she knows how to control the manner in which she delivers a line or a verse.  “Daffodils” mixes both gentility and ambience in its overall sound; “For Love” (like “Daffodils”) begins with a gentility and a sweet melody and builds up slowly but never reaching an explosive point, but rather remains restrained to keep the songs overall emotion in check; “Mirror Walls” has a dance pulse but doesn’t hit into heavy beats to distract, but focuses on the melody and the vocal, which has some very deft call-and-response, as well as nicely executed harmonies.  “Sleeping Soldiers” has an ’80’s synth-pop arrangement and, like the other songs, is catchy and well-structured; “We Watched It All Come Down” is sad and mournful and definitely one of the album’s highest points and “Where The Angels Fly” is a lovely, stripped-down piano ballad, which is a very satisfying way to close out this collection.

Usually, I don’t really enjoy this style of music, but Nina June has a quality and appeal that I very much liked; I’m curious to hear what she might be able to do with more boisterous material but for debut albums, this is an excellent start.