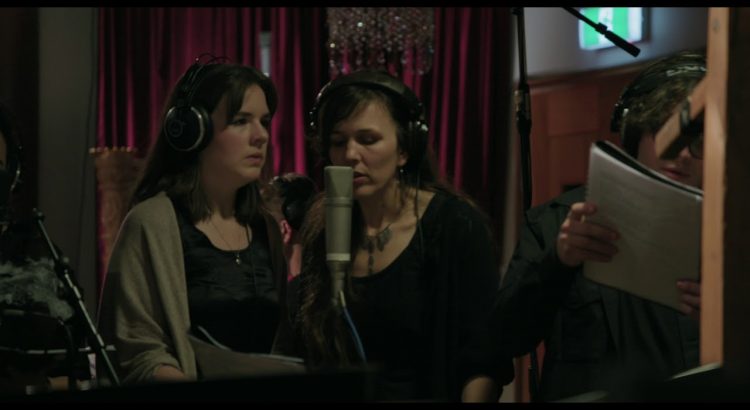 It would seem that the less obstruction between Neil Finn’s conception of a song and its completion, the better the final product will be. This was an impression I got when the unnecessarily noisy Crowded House album Intriguer appeared. That impression was only strengthened when Finn’s cluttered solo record Dizzy Heights crossed my path. Finn’s latest, Out of Silence, finally proves this point not by being the most blatant example of over-workmanship, but the polar opposite of it.

It started with Finn’s initial concept of broadcasting sessions that would ultimately become the album on the Internet. These were, to my knowledge, live, and certainly not heavily-edited electronic press kits. He had this crazy plan to get the players together with this batch of songs and practice, practice, practice. When they were confident in what they were to do, they’d record it all in one fell swoop, together as a single unit, just as it used to be. Thus, Out of Silence is more a live album than most live albums are.

But what about the songs? The first thing the listener will need to grapple with is that none of the songs on Out of Silence are rockers. In a sense, the record is to Finn as Apple Venus was to XTC. These are pop songs built around the piano, orchestral strings, a choir, and occasionally rock band instrumentation, but these instances are few. Once that expectation is managed, what the listener is left with is what will arguably be 2017’s most beautiful album. Finn, sounding nearly as he did in the late-’70s with Split Enz, has no need to bend and twist the note for effect. His vocal lines, even when he utilizes a falsetto, hit the mark dead-center. The piano tone breathes. The melodies of these tunes are intended to dig deep into the listener’s brain and stay for a very long time.

And so they do. “Alone” finds him paired with brother and sometime-bandmate Tim Finn, sharing a sentiment I think most people would recognize: being physically placed in a bustling and overcrowded city, but feeling so alien and apart from all of them that it might as well be deserted. “Independence Day” is elegant, but not arrogant or pompous. That’s another thing Out of Silence manages to avoid. When artists mix the elements of orchestral backing and choirs, there’s always that temptation to play the role of the “composer,” to be stuffy and “good for the listener” as if this was an educational endeavor. The arrangements here never serve their own ends but are, instead, always in service to the song.

Even the overt message of “The Law Is Always On Your Side,” woven into a narrative of a man taken into custody for what might be a crime he didn’t commit, is delivered thoughtfully through the skills of the songwriter and not of a protester using the song as a delivery method. Again, Finn barely sounds different from the moment you first heard Crowded House’s “Don’t Dream It’s Over.”

If there’s a problem with the album — and wouldn’t it be nice if most albums suffered such issues — it is that each of the ten songs, and the album as a whole, are really short. Each track is complete, mind you, and certainly feel like complete statements, but are carried off with such grace that you actually would have liked another minute or two with them.

So some may carp that this is “chamber pop” and they would prefer Finn to hit that rock and roll again. Others may gripe that what is here is too mature, a description that shouldn’t ever be derogatory. Even more will say that his methodology in the record’s creation slightly smacks of a gimmick. What Out of Silence actually is, outside of any naysayer’s contrivances, is Neil Finn’s best solo album, full of organic performances that are allowed to live fully in a digital age where such is incredibly rare.