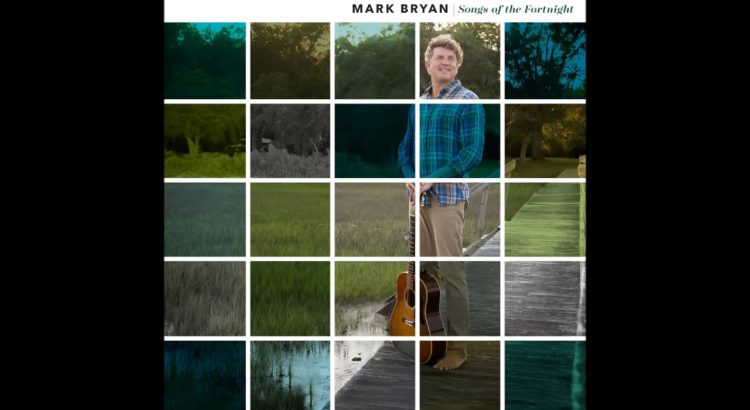 This is just so, so good, I’m not sure how or where to begin.  I had the pleasure of working with Hootie & The Blowfish during my years at Atlantic Records and you couldn’t imagine a nicer group of musicians (as well as their management).  Confessedly, that was what made me a fan – aside from the fact that their third album, 1998’s Musical Chairs was a head-turner and knockout.  But here we are, 19 years later, and now founding guitarist Mark Bryan is stepping out with his third solo album, Songs Of The Fortnight.

The album’s lead-single, “Forgetting About Me” has a swirling keyboard that reminds me of Cheap Trick’s “Surrender” (!) and is a driving, full-on pop masterpiece – catchy and memorable, with a propulsive bass line.  “Mybabyshe’salright” goes 100 m.p.h. and is a fantastic way to open up this album – and to make you sit up and take notice – and the harmonies are on-the-one; “A Song For Maryland” (quite apt as that’s where Mr. Bryan originally hails from) is a slower but no less poppier piece that has a yearning sense of nostalgia mixed with wry lyrics and “A Little Bit Of Everything” is a piano driven, jaunty piece that has a very ’70’s kind of arrangement.  “The Great Beyond” could be considered the “Americana”-oriented track with its acoustic guitars and violins and a slightly country-fied delivery; “Only Love Can Satisfy” can be looked as a nod to soul with a deliciously subtle organ undertone and very restrained drumming and “Sweet Love” is as radio friendly as any artist can pen, with a wonderfully balanced vocal duet between Mr. Bryan and singer Kathy Dempf.

Eleven enormously enjoyable songs that make you hum, hit repeat and after a while, sing along with.  Mark Bryan is a damned fine performer in his own right and this kind of album should not be overlooked – it’s as warm as a Charleston night and equally rich in color and melody.

Songs Of The Fortnight will be released on Friday, August 11th, 2017