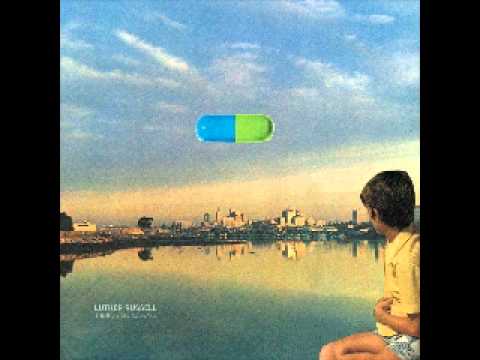 Before we get to the heart of the matter, here’s a quick history/primer on Mr. Luther Russell, the marvelous Los Angeles guitarist/producer:  he’s been recording since 1991, initially as lead singer/songwriter of the band, The Freewheelers (2 albums), going solo with Lowdown World (1997), Down At Kit’s and Spare Change (2001); these were recorded while living in Portland, Oregon.  While in the Great Northwest, Mr. Russell took to producing independent releases by such acclaimed artists as Richmond Fontaine and Fernando. Upon returning to his hometown of Los Angeles in, he released his fourth solo album, Repair. After producing a string of albums and singles between 2007 and 2010 by artists like Noah And The Whale, Folks, Horse Stories and others, Luther released the critically acclaimed double-album, The Invisible Audience (2011). He, of course, went on to form Those Pretty Wrongs with Jody Stephens of the legendary Big Star; their debut appeared in May, 2016. While he is currently working on a new solo record to be released in the near future, he’s now unleashing this wonderful two-disc compilation, the very aptly-titled Selective Memories:  An Anthology.  41 songs; a career retrospective and includes 25 previously unreleased recordings, including two demos by The Bootheels, his very first group – with Jakob Dylan.

Starting off with The Bootheels tracks, “Got Me On My Knees” is a kinetic piece of energetic riff-pop, very reminiscent of The Replacements at their best (and that’s Luther on bass and lead vocals); you can hear inflections of Westerberg’s vocals in Luther’s delivery; “Interstate 68 Blues” carries on in the same vein – melodic, driving and the sound of young, excited people having their first studio experiences.  The 1988 demo “I Got A Woman” is indisputablely a direct influence of Paul Westerberg (and probably Alex Chilton) – it sounds like a lost ‘Mats demo – except there’s a passion here (the beauty of demos) that could make the case that it was album worthy/ready. Subsequently, the 1990 demo of The Freewheelers’ “Don’t Cry” screams “The Faces!” at you, with that bluesy/boogie/get down groove – this track definitely would have given The Black Crowes for their money whereas “Little Miss Fortune” was released on the bands’ debut self-titled album and yes, indeed, I can hear the absolute spectre of The Faces on this splendid track – heartening, soulful and warming.  The last of the Freewheelers’ era tracks, “Let The Music Bring A Smile” is a direct nod to the eloquent beauty and mastery of Harry Nilsson – and these boys do a remarkable job at presenting a just-about-perfect tribute.  The slow, country-blues of “Don’t Talk To Strangers” (no, not my beloved favorite Beau Brummels track) has some of the most understated, tasteful slide runs and was one of the highlights of Luther’s 1997 Lowdown World (And Other Assorted Songs).  The warm, flowing vibe of “Back To Me”, a 1998 demo recorded with ex-Black Crowes guitarist Marc Ford, is another “could have been a hit” and again, the added bonus is the purity of the demo; the soul and emotion in the vocals and the restraint of these two guitar shredders speaks volumes.

The 1998 demo of “Smoke Signals”, recorded with Marc Ford in the band Federale is a definite lost classic (although Mr. Ford released a version on one of his solo albums) – pure straight-ahead, no-frills, no bullshit rock & roll; this is as fine a track as anyone could have put forth; an epic piece and probably my favorite moment of this compilation; “Anymore, Anyway” is also Federale, minus Marc Ford, and starts slowly; hauntingly and halfway through, the band kicks in and just takes this song to a new emotional height and “Bronwyn”, which was initially released on 2001’s Spare Change is an ode to a love, with strong, poetic lyrics and some very nice jazz and folk changes in the acoustic chord patterns.  The Todd Rundgren/Brian Wilson-style of “Empty Taxis” is simply beautiful in its starkness and you can feel the desolation in the atmospherics of the production; the Repair outtake, “Just Short Of Winning” has a nice, countrified, brisk pace and feel and some downright sweet acoustic riffing and “Your One Big Lie” has “Big Star” written all over it – and I can hear Alex Chilton’s voice coming out of Luther on this track that would have fit perfectly on Radio City…  which in turn, “Everything You Do” sounds like Teenage Fanclub, which is only right!  Fittingly, “The Sound Of Rock & Roll” sounds like a Bell-Chilton collaboration; crisp guitar riffs, harmonies galore – and a perfect way to close out this 2 CD set.

It seems only appropriate to say why the fuck isn’t Luther Russell a superstar at this point?  But it’s equally proper for me to answer that with “he doesn’t need to be.  He makes great music; music with a lot of heart and color and feel.  Stardom would probably distract him from reaching these kinds of musical heights”.  Which is actually a good thing.  So introduce yourself to Luther Russell; he’ll become an old friend very quickly.