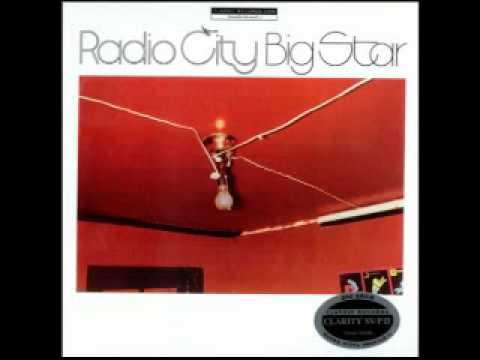 So here’s the short version – Stax Records, in conjunction with Ardent, has finally released a sensible compilation of Big Star’s best moments – even though there have been several import editions of variations to this theme, this brand-new CD, The Best Of Big Star, is – for all intents and purposes – just that.  Now, I DO have my few questions about some of the choices (which I’ll get to, momentarily), but for anyone who has been curious yet never took the plunge into the Big Star canon,  this is the perfect primer.  It’s also an ideal way to pass the legacy/legend down to the younger generations who just don’t know.  This is a fine way to help anyone who hasn’t heard these remarkable songs begin to appreciate how vital; how important and how timeless Big Star and their music was/is/will forever be.

Big Star never had “hits” but for those of us who have been along on their magnificent ride, the hits are, indeed, here.  It’s also worthwhile to note that this CD has the special “single” edit mixes and the previously-unavailable on any album/compilation original 45 version of “September Gurls”, with the difference in pitch – 6 tracks in all that haven’t been heard in decades is enough to intrigue anyone.  But on one CD, you have “When My Baby’s Beside Me”, “September Gurls”, “The Ballad Of El Goodo”, “Thirteen”, “Back Of A Car”, “Thank You, Friends”, “Jesus Christ”, “O My Soul” and so on.  Sixteen songs in total; no filler.

Where my personal tastes dispute a few – and I do mean just a few scant choices – of the tracks are simple:  I would have rather had “Big Black Car” in place of “Take Care” (from 3rd); I would have chosen “Daisy Glaze” instead of “Life Is White” (from Radio City) and instead of “I’m In Love With A Girl” (also from Radio City), I would have picked “Try Again” (from #1 Record).  Am I nit-picking and splitting hairs?  Sure.  But it’s my preferences, that’s all.  THAT would have made it a truly “best of” in my mind – and with the flow of the songs.  On the other hand, “Back Of A Car” is on here and to me, that’s THE most perfect Big Star recording – those sparkling, glistening guitar notes;  the buoyant vocals – listen to how Jody’s drums “circle” the speakers during the second verse – I’ve listened to it endless times and still marvel at it.  Or the on-the-one perfection that is “When My Baby’s Beside Me” – still my favorite Big Star track (and probably 4th favorite song of all-time in the history of peoplekind).

With precise, heartfelt and accurate liner notes from noted Memphis author/music historian Robert Gordon, a tasteful digipak and sixteen magnificent songs for the ages, you cannot go wrong with this “best of”.  Because Big Star were the best of everything music had to offer – impeccable songwriting, other-worldly vocal harmonies, stellar musicianship and a sympathetic/experimental producer in the late, great John Fry to help pull it all together.  I’ve often thought, as I’ve aged and time has passed, that Big Star were as important as The Beatles.  They certainly are to me.  And that will never change.  Neither will the unadulterated beauty of their music.

The Best Of Big Star is currently available